Salman Khan had vowed to never work with Raveena again 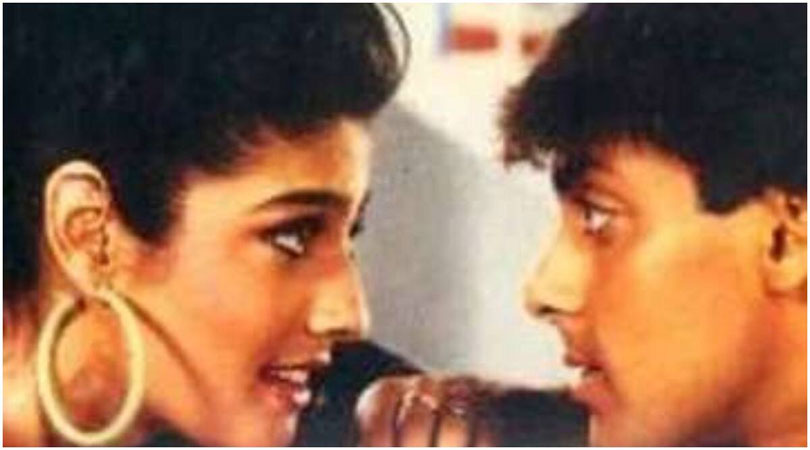 Actress Raveena Tandon recently celebrated her 47th birthday. The actress made her debut opposite Salman Khan in ‘Patthar Ke Phool’ in 1991 and went on to star in several other films. Recently, the actress recalled during an interview that she and Salman never get along well on the sets of her first film and they used to end up fighting like kids.

She revealed that the fight between got so worst that Salman once even vowed to never work with her again.

Speaking to Pinkvilla, Raveena said, “We were like two kids in a class who just wanted to fight over everything. “I was 16 and a half and Salman must have been 23. We were both brats. Salman and I are of the same nature-wise, we were almost brought up in the same house as Salim uncle and my dad used to work together. It was like we were continuing our fights from home. We fought throughout the film and Salman said ‘I’m not going to work with her’, and then we did Andaaz Apna Apna,” she said.

Released in 1991, Raveena won Filmfare Award for Best Female Debut for her performance in the film. The film was helmed by Anant Balani and its script was written by Salman’s father, Salim Khan. Raveena played the role of a gangster’s daughter who falls for a police officer, played by Salman.

Meanwhile, Raveena’s fan are super elated as the actress is all set to be seen on the big screen after a long wait in action-drama ‘KGF 2’. The film stars Kannada superstar Rocking star Yash in the lead and is directed by Prashanth Neel. Raveena will be seen in the role of politician named Ramika Sen.