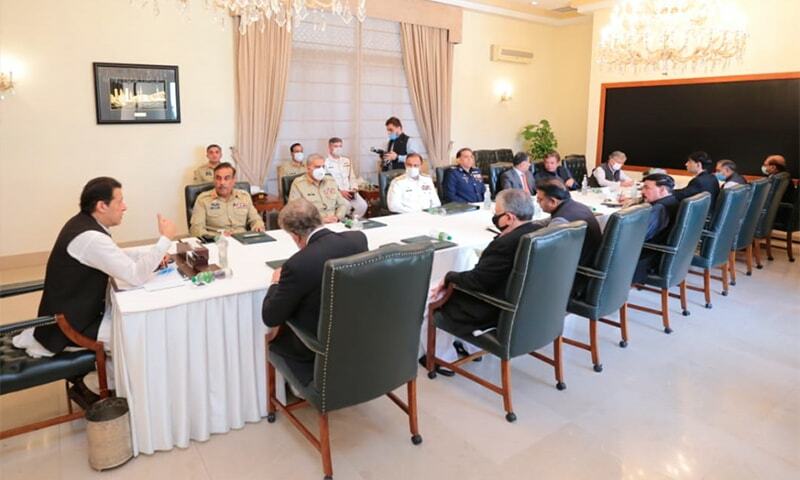 ISLAMABAD: Prime Minister Imran Khan has called a meeting of the National Security Committee (NSC) on Friday to discuss the ongoing situation in the country.

The news has been confirmed by the Federal Minister for Information and Broadcasting, Fawad Chaudhry. Fawad wrote on Twitter, “In view of the situation arising because of the illegal activities of the proscribed organization, Prime Minister Imran Khan has convened a meeting of the National Security Committee tomorrow. Other issues related to national security will also be considered in this meeting.”

The state has laws against terrorism & militancy. Killing of policemen & other LEAs & any act of terrorism by TLP or any gp will be dealt with, with full force of the law. Restraint by the govt so far shd not be mistaken as weakness. Let there be no ambiguity on that count.

TLP’s march has affected life in the federal capital and various other cities in Punjab. Strict security arrangements have been made in Rawalpindi. The main highways connecting Islamabad and Rawalpindi have been sealed and the Faizabad Metro service has been suspended. Rangers personnel have been posted in Lahore, Rawalpindi, Jhelum, Sheikhupura, Gujranwala, Chakwal, Gujrat, and Faisalabad districts, according to sources.