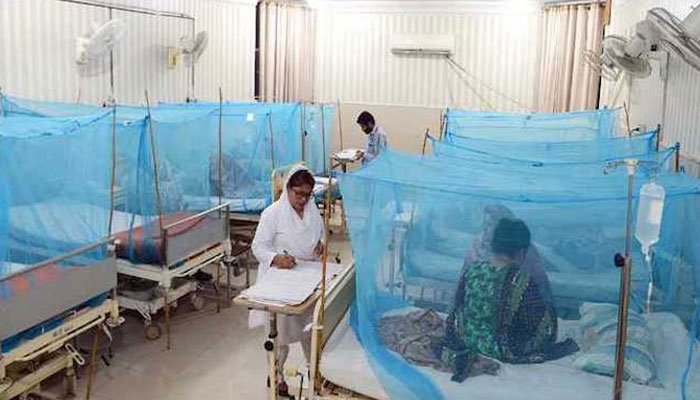 Dengue virus infections are continuing to surge in Pakistan. The case count crossed 27,000 this year to date, according to the official tally.

From January 1 to October 27, 27,672 people have tested positive for dengue fever in the country. It has already claimed the lives of 67 people, as per the data of the ministry of federal health.

The most number of people have died in Punjab. The province recorded 34 deaths. Sindh follows it with 15 deaths, Islamabad with 11 and Khyber Pakhtunkhwa with seven, this year.

In comparison, only 6,016 cases of the dengue virus were reported last year across the country. But a whopping 53,498 patients were recorded in 2019, with 95 deaths.

Dengue is a mosquito-borne viral infection is common in warm, tropical climates and often peaks during rainy seasons.

Once bitten by a dengue infected mosquito, the virus takes four-10 days to affect the body. Its symptoms can be mild, similar to a common flu, or severe such as fever, headaches, pain behind the eyes and nausea.

As per the WHO, the best way to prevent the virus is to wear clothing that covers the body well, especially the legs and feet, and apply insect repellents.