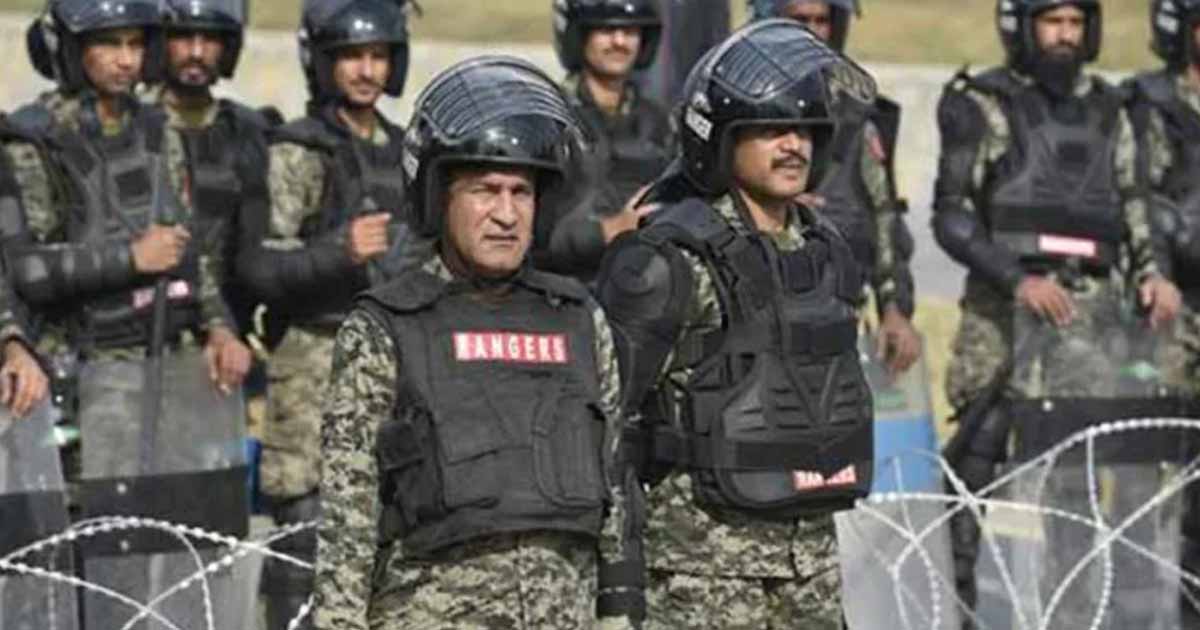 LAHORE: On Thursday, Punjab’s home department deployed the paramilitary Rangers in eight districts of the province.

The rangers force has been deployed for 2 months in Punjab province, sources at the provincial home department said.

Interior Minister Sheikh Rasheed Ahmad announced to summon Rangers in the Punjab province at the request of the provincial authorities under the anti-terrorism act 1997.

“Rangers are being placed at the disposal of the Punjab government,” he said while addressing a presser to announce a strategy to deal with banned Tehreek-i-Labbaik Pakistan (TLP).

He said that the Rangers would be deployed in the province for two months to ensure the safety and security of the people of the province.

Earlier, the government of Punjab set the rules of engagement, according to which the provincial home department will be responsible for deployment of rangers in the province.

The Punjab Police Department will assist the Pakistan Rangers.

Protesters of the proscribed TLP have staged a sit-in in Kamoke, a tehsil of Gujranwala district in central Punjab.

The protesters have blocked the G.T. Road on both sides and expected to march towards the federal capital Islamabad from Kamoke. Presence of a group of stick-wielding men was also reported among the demonstrators.

The hurdles at GT Road along Kamoke, Eminabad, Chanda Qila and Rahwali have been removed. Whereas, the security men also said they were found to have disappeared from Gakhar Mandi and Wazirabad Chowk.

Cellular services have been suspended in tehsil Kamoke since yesterday.

Contingents of Rangers and policemen have been deployed along Chenab River and the border with Wazirabad, according to reports.