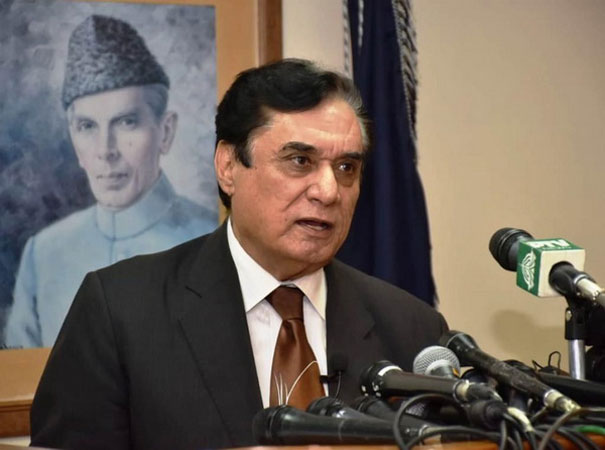 National Accountability Bureau (NAB) Chairman Justice (Retd) Javed Iqbal has said that fast recovery of ill-gotten money was being ensured through across the board implementation of ‘Accountability for All’ policy.

In a statement, the chairman said the anti-graft watchdog made recovery of whopping Rs 539 billion in last four years, while some Rs 819 billion was recovered since its inception which is a record achievement.

‘The accountability for all’ policy was an initiative taken by Justice Javed Iqbal soon after assuming the charge as Chairman and ensured the apprehension of untouchables/big fish first time in the history of Pakistan.

The chairman said he was persistently monitoring performance of NAB Headquarters along with its regional bureaus. NAB had already fixed ten months’ time to complete the process of initiating complaint verification, inquiries and investigations to filing a reference. NAB has further activated prosecution and operation divisions of NAB by appointing new investigation officers and law officers and providing them training on modern lines in order to inquire and pursue all mega corruption cases vigorously in learned Courts. due to this reason, NAB’s overall convi ction ratio is about 66.8 percent. Justice Javed Iqbal said that an accused can apply for a plea bargain as per clause 25-B of NAB Ordinance. NAB after receipt of plea bargain request, examines the plea bargain request and determines liability of the accused on the basis of his looted money.

Plea Bargain is prevalent in the USA, UAE and other countries of the world. In the plea bargain the accused only does not go to jail but he faced all other punishments under the relevant laws applied on the culprit. A plea bargainer lost honor and dignity in society. After approval of a plea bargain, the Govt servant is removed from service in accordance with law. The amount recovered from a plea bargain is deposited in the national exchequer as per law. NAB always believes in absolute transparency, professionalism and merit as per law.

During the tenure of the present Chairman NAB Justice Javed Iqbal, NAB has become a vibrant organization and its reputation and image has been increased manifold due to its Accountability for All policy and across the board actions against corruption.

The credit of the success of NAB goes to the present management of NAB and his team who consider elimination of corruption as their national duty.

On the direction of Chairman NAB, all concerned have been asked to ensure self-respect of every person visiting NAB offices as NAB is a human friendly organization which always believes to work in accordance with law.