Seven decades on, India continues to renege on obligations with Kashmiris: FM 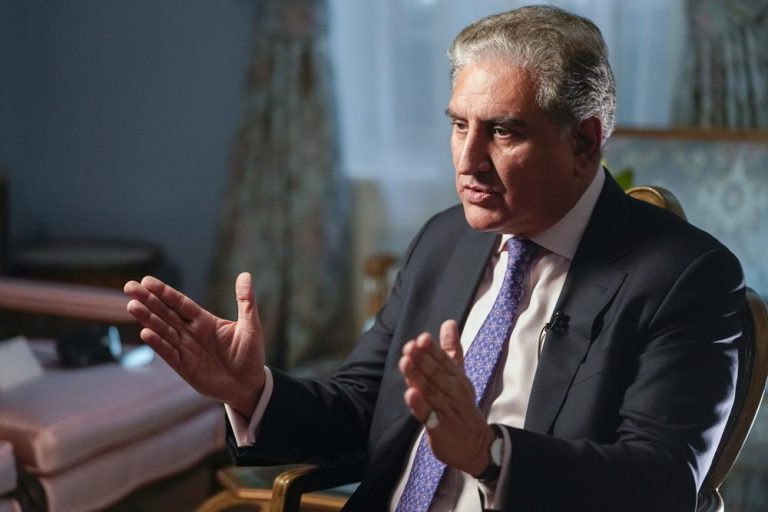 ISLAMABAD: Foreign Minister Shah Mahmood Qureshi has said that India has not only reneged on its obligations to the people of Jammu and Kashmir but also thumbed its nose at multilateralism by backtracking on the United Nations Security Council (UNSC) resolutions.

“The unilateral and illegal actions of August 5, 2019, are in blatant violation of UNSC resolutions and international law,” the foreign minister said in his message on Kashmir Black Day, dating back to October 27, 1947.

The foreign minister said efforts to effect a demographic change and perpetuate Indian illegal occupation in the disputed territory were “cynical attempts by India to break the will of the Kashmiris and silence them”.

He said the incumbent BJP-RSS combine in India had intensified cruelty against the people of Indian Illegally Occupied Jammu and Kashmir (IIOJK) and are enduring endless atrocities.

He said the 27th October 1947 was one of the darkest days for Kashmiris when the illegal Indian occupation of Jammu and Kashmir began.

This smothered the legitimate aspiration of the Kashmiri people to determine their own destiny, he added.

“Bitter legacy of this act of betrayal continues to weigh heavily on the conscience of humanity,” he said.

Qureshi mentioned that the occupation forces’ ruthlessness had not blunted the resolve of Kashmiris to throw off India’s yoke.

He said the Kashmiri people remain under siege, their leadership incarcerated and their youth targeted, in staged ‘cordon and search operations.

“But the multi-layered lockdowns and human rights violations cannot dampen the Kashmiris’ indigenous struggle in which thousands of martyrs have rendered the ultimate sacrifice,” he said.

FM Qureshi said the dream of stability and peace in South Asia and the world at large would remain elusive until the Jammu and Kashmir dispute was resolved in accordance with the relevant UNSC resolutions and aspirations of Kashmiris.

“India must realize that it cannot suppress the freedom struggle of the Kashmiris by the indiscriminate use of brute force,” he said.

The foreign minister said the senseless Indian oppression had only steeled the resolve of the Kashmiri people to stand firm in their just struggle.

He said Pakistan had been highlighting Indian aggression and warning the world about ever-growing intolerance in India.

“Under the incumbent government, India has not only demonized the Muslims but is also subjecting other minorities and scheduled castes to discrimination,” he said.

He said the Indian government’s manifest hatred for Muslims and other non-Hindu minorities was testimony enough of its unimaginably inhuman conduct in IIOJK.

He mentioned that Pakistan had repeatedly provided irrefutable evidence of Indian atrocities and nefarious designs to the world – the latest being the dossier on “Indian Human Rights Violations in Indian Illegally Occupied Jammu and Kashmir (IIOJK)” released on September 12, 2021.

He said the world must stop the human catastrophe unfolding in IIOJK.

The international civil society and media are also obligated to highlight the plight of the defenceless Kashmiris, he said.

“Under the leadership of Prime Minister Imran Khan, we in Pakistan are determined to extend complete support to our Kashmiri brothers and sisters and stand in solidarity with them,” he said.

He said Pakistan would continue to do so until the final resolution of the dispute in line with the UNSC resolutions and as per aspirations of the Kashmiri people.