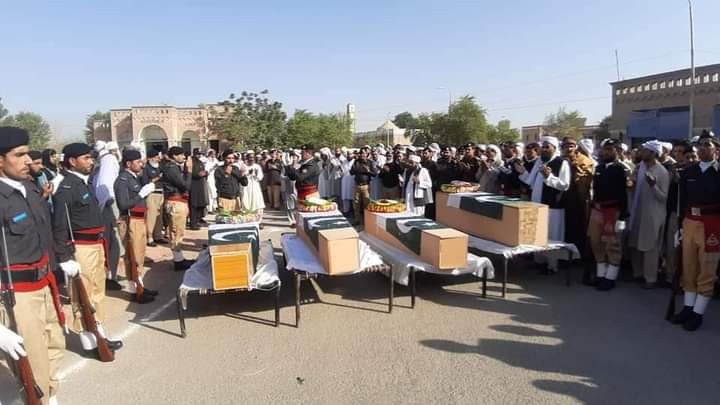 LAKKI MARWAT: Four police officers, including an assistant sub-inspector, were martyred in a firing attack on a police mobile in Khyber Pakhtunkhwa’s district of Lakki Marwat.

According to the source, a mobile of Saddar Police Station was on a routine patrol near Zainuddin Pump when unidentified assailants opened fire on it in the Wanda Mir Alami area.

According to the eye witnesses, the attackers were riding on two motorcycles and escaped from the scene.

However, the area has been cordoned off. Bullet casings and other evidence have been collected from the spot. No arrest has been made so far.