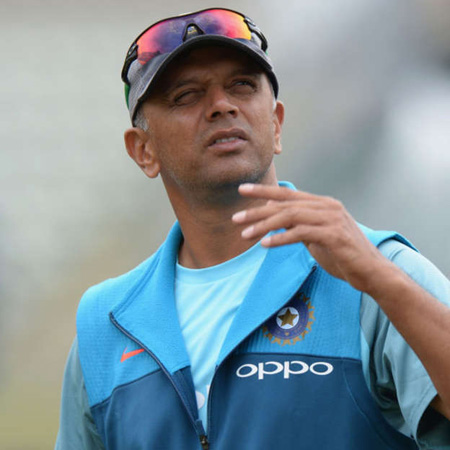 NEW DELHI: Former Test batsman Rahul Dravid has formally applied for the position of the Indian team’s head coach on Tuesday, having been touted as the heavy favourite to get the role. In addition to Dravid, former pacer Paras Mhambrey, and former wicketkeeper Ajay Ratra have applied for the positions of India’s bowling and fielding coaches respectively. Earlier, Abhay Sharma, who has worked with Dravid at the NCA and with India A and India Women, also applied for the role that will be vacated by R Sridhar. Dravid had recently met BCCI president Sourav Ganguly and secretary Jay Shah in Dubai on the sidelines of the IPL final between Kolkata Knight Riders and Chennai Super Kings. Ganguly and Shah are understood to have spoken to him about taking up the position once Ravi Shastri steps down at the end of India’s campaign in the T20 World Cup 2021.

Dravid is expected to take charge with India’s home series against New Zealand that begins on November 17 with a T20I series, under a new captain with Virat Kohli stepping down. Vice-captain Rohit Sharma will, in all likelihood, replace Kohli at the helm. Dravid’s selection as coach would also mean the BCCI will need to appoint a new head for the National Cricket Academy in Bengaluru. Both Mhambrey and Ratra have been involved with the next rung of Indian cricketers at the National Cricket Academy in Bengaluru. Mhambrey, one of those behind India’s successful India A and U-19 team programmes, has worked extensively with Dravid at that level too. The coaching module prepared by the National Cricket Academy to ensure a smooth transition from the U-19 to India A teams and then subsequently to the main squad, has been the handiwork of Dravid and Mhambrey. Mhambrey, 49, played two Tests and three ODIs for India between 1996 and 1998. He represented the Mumbai team in domestic cricket with distinction, and took 284 wickets in 91 first-class games. He has had success as coach too, steering Bengal to successive Ranji Trophy finals in 2005-06 and 2006-07, and also coaching Baroda. Ratra, 39, played six Tests and 12 ODIs for India, all in 2002. He represented Haryana in domestic cricket, playing 99 first-class games and 89 List A matches. Ratra is presently the head coach of Assam. He has worked with Delhi Capitals in the past in the IPL, and also been a regular at the NCA, where he worked with India keepers Wriddhiman Saha and Rishabh Pant.