Bejewelled Mughal-era glasses expected to fetch up to $3.5 million at auction 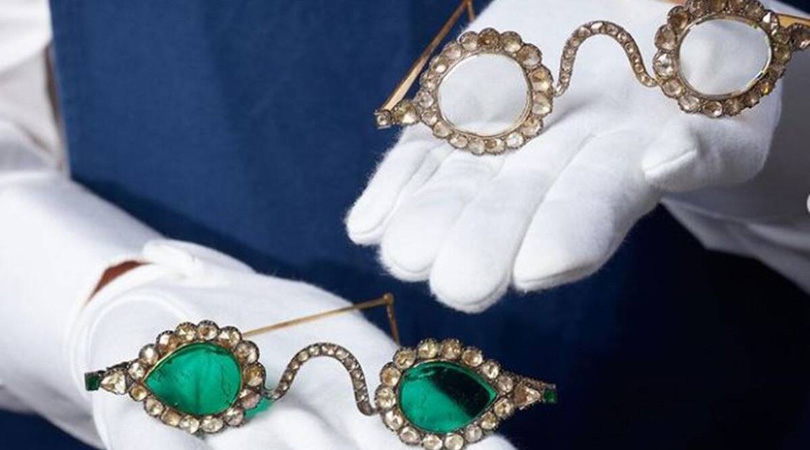 Two pairs of bejewelled Mughal-era spectacles set with diamond and emerald lenses are expected to fetch up to $3.5 million each when they are auctioned in London on Wednesday.

“There are so many stories behind this spectacles. The emeralds came all the way from Colombia in the 17th century through Portuguese merchant ships to the Mughal empire, the Mughals absolutely loved gemstones,” Alexandra Roy, specialist in the arts of the Islamic world at Sotheby’s, told Reuters.

“The diamonds came from the Golconda mines and at the Mughal court, these were cleaved from stones which originally would have weighed two to three hundred carats … They were re-fashioned in their current 19th century spectacle-like fashion.”

Both pairs are being offered at Sotheby’s Arts of the Islamic World & India sale on Wednesday, with a price estimate of 1.5 million to 2.5 million pounds. “We have to be extraordinarily careful when it comes to the provenance of lots, we have actually known about these spectacles for a very long time, since the ’80s,” Roy said.

“They go through a vigorous internal due diligence before we are able to offer them for sale. They have been examined by historians so they’ve been published in the academic world before.

This is the first time we are offering them for sale but amongst academic circles they’re well known.”