Angelina encourages her kids to raid her luxe closet

* 'I'm like, oh my god, wear it and wear it better than me!' Jolie exclusively gushed during E! News' Daily Pop on Monday 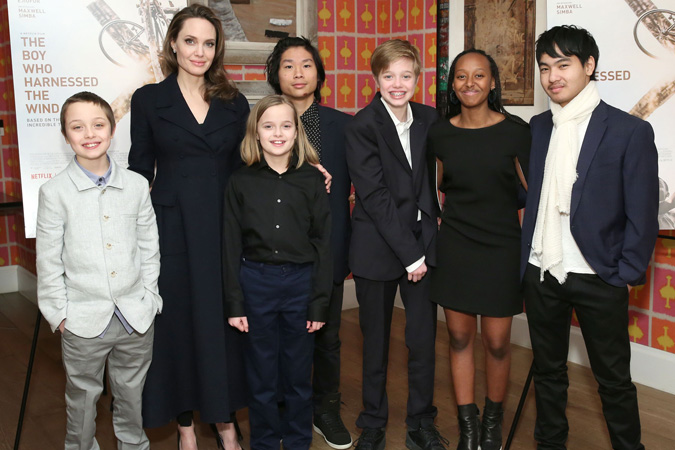 No one is more glam than Angelina Jolie but she’s ready to retire her best dressed title!

The Eternals star instead joked that she’s the “opposite” parent who loves when her kids-Maddox, 20, Pax, 17, Zahara, 16, Shiloh, 15, and 13-year-old twins Vivienne and Knox-raid her closet.

And, Jolie had her family in mind when she joined Marvel’s Eternals.

“It was now going to be a family that represented the world we live in, and for that, I said, ‘I don’t care the size of my role or what it is, I just want to back that family,'” Jolie revealed. “I wanted to see this family onscreen, so we all joined without having read the script. We all joined with a lot of faith but understanding that there was a message behind this film, that we are stronger together and that this was going to be a very diverse, inclusive and different family. It was a love letter to humanity.”

“There’s not a lot of people at her stature that would come into a film without a lot of demands and knowing the script,” Hayek admitted. “It really felt that she wanted to be part of our family. We were very impressed and very excited.” Eternals opens in theatres on Friday, Nov. 5.