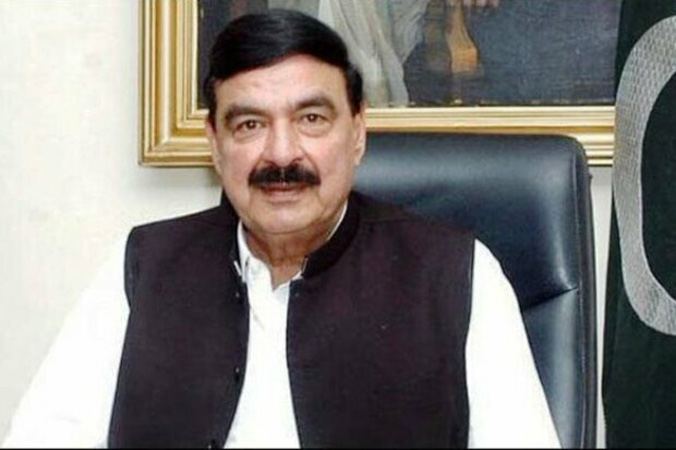 Interior Minister Sheikh Rasheed Ahmad Tuesday, expressing the hope, said the Tehreek-e-Labbaik Pakistan (TLP) leadership would call off its sit-in protest as the government has accepted its major demands.

Addressing a presser, he said the report on the dialogue with the TLP leadership had been submitted to the prime minister which was also discussed in a meeting held on Tuesday in the presence of civil and military leadership besides chief secretaries and inspector generals of police. He said that the government had no reservations on any of the demands put forward by the TLP except for the shutting down of the French embassy and expulsion of the French ambassador over blasphemous caricatures. He said there was agreement on all issues discussed with the TLP and it was decided that their demands pertaining to the French embassy and ambassador cannot be accepted.

“Accepting this demand would have consequences,” he warned, claiming that since Pakistan is the biggest nuclear force among Muslim countries, “conspiracies are being hatched to impose sanctions on us”. “You all can see what our economic situation is and France is leading Europe. All European countries are supporting France,” he said. Shutting down the French embassy here would affect Pakistan’s relations with other European countries, he explained.

He hoped that the TLP leadership would understand the situation as enemies were hatching conspiracies against Pakistan to impose sanctions while many Pakistanis were working abroad. He said it was their sixth sit-in as, on November 8, 2017, they held their first sit-in while second in August 2018, third in November 2018, fourth was about the boycott of French products while fifth one was arranged in April 2021. He made it clear that the government was making sincere efforts to get positive results from these talks. “We want peace in the country. It is our endeavour to settle all the matters with TLP as early as possible through dialogue.” He said majority of their workers had been released while the government was ready to discuss the issue of the remaining workers who were in jails besides the matter of the fourth schedule. “We want them to review their only one demand related with the French embassy.”

He said despite the martyrdom of two policemen and 70 other injured including two in critical condition, the government still wanted to resolve this issue with mutual understanding and cooperation. Replying to a question, he said the cabinet had no issue with any of their demand except related to the French embassy keeping in view the international scenario.