Hurriyet terms Oct 27 a slur on face of Indian democracy 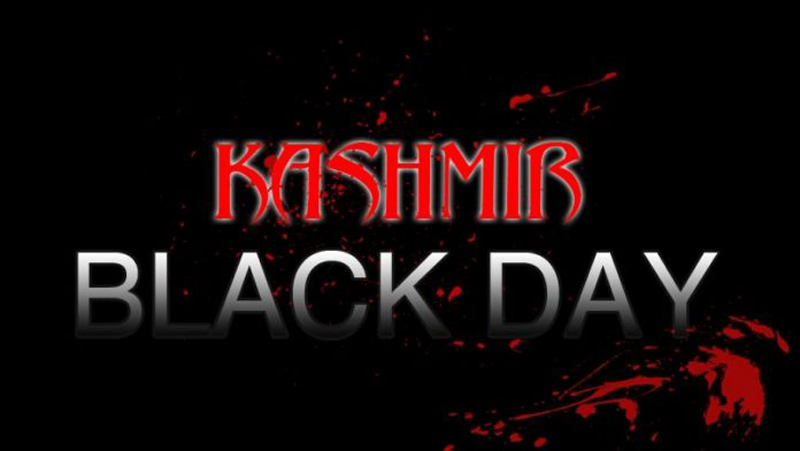 Hurriyat leaders and organizations in IIOJK have termed October 27 as the darkest day in the history of Kashmir, said Indian forces occupied the territory on this day against the will of the Kashmiri people.

According to Kashmir Media Service, the Chairman of Jammu and Kashmir People’s Political Party (PPP), Engineer Hilal Ahmad War in a statement in Srinagar said, October 27 is the darkest day in the history of Kashmir, said Indian forces occupied the territory against the will of the Kashmiri people.

“Terming October 27, 1947, a slur on the face of Indian democracy and a big question mark on the credibility, relevance, purpose and existence of the United Nations, he urged the people of IIOJK to observe October 27 as a Black Day”.

He said the Indian government, in violation of all norms of humanity, decency, democratic principles and even the United Nations Charter, deployed Indian Army, supported by Indian Air Force, to wage a war against the people of Kashmir, on the pretext of the so-called accession which was a mockery and deception to hoodwink the world.

The Jammu and Kashmir Muslim Conference Chairman, Shabbir Ahmad Dar, Mahaz-e-Azadi Chairman, Muhammad Iqbal Mir, Ghulam Nabi Waseem of Tehreek-e-Istiqlal in their separate statements in Srinagar urged people to observe Black Day on 27 to give a massage to world that Kashmiris want right to self-determination and settlement of the dispute as per the UN resolutions.

They leaders also expressed serious concern over the killing of a civilian and prisoner by Indian forces and urged UN to take notice and stop genocide in Kashmir perpetrated by Indian troops and Modis regime in IIOJK. Meanwhile, Leader Jammu & Kashmir Freedom Front, Syed Adullah Gillani has said that the hegemonic policies adopted by Indian Prime Minister, Narendra Modi has put the peace of South Asia at stake.

Recording his comments regarding observance of Kashmir Black Day on October 27, Syed Abdullah Gillani said the brutal repression and inhuman acts by occupational forces on innocent Kashmiries will cause a strong reaction from the oppressed.

He stressed the need for bringing into light the miseries of Kashmir brethren who are under illegal detention for the last two years when fascist Modi government abolished special status of Indian Illegally Occupied Jammu & Kashmir (IIOJ&K) through unlawfully revoking of Articles 370 and 35-A of the Indian Constitution on August 5, 2019.

The whole history of Kashmir since 1947 is full of sacrifices, oppression, mass killing, brutal torture by Indian forces. He said such atrocities would fail to suppress the determination of Kashmiri brethren who are struggling for attainment of self determination from Indian occupation.

Support to the struggle of Kashmiris for their just right of self-determination will also continue by the world community who realize gravity of the situation.