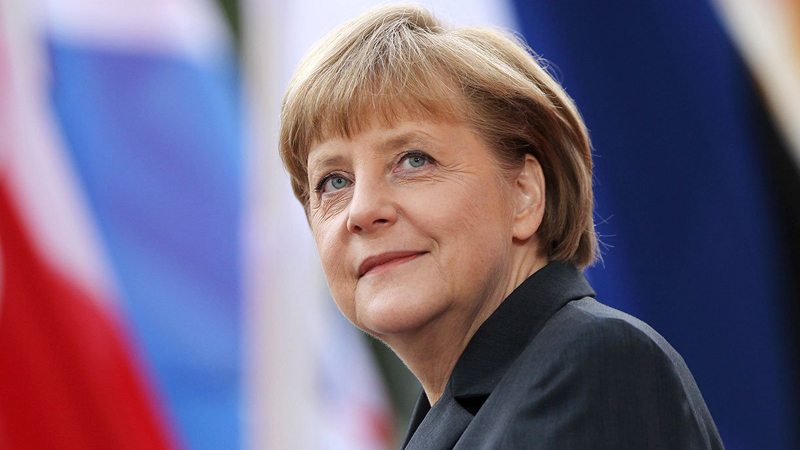 After 31 years as an MP, outgoing Angela Merkel left the front-row seat reserved for the government and took her place above the chamber in an “honorary loge” as caretaker chancellor until a new government is in place.

The centre-left Social Democrats won the most votes in the September 26 general election, and their candidate Olaf Scholz is working toward cobbling together a ruling coalition by early December.

But while the top job is expected to pass from Germany’s first female chancellor to a man, the Bundestag lower house’s powerful speaker Wolfgang Schaeuble is set to hand off the gavel to Baerbel Bas — only the third woman to hold the post.

Schaeuble told deputies that parliamentary democracies only stood a chance against “authoritarian” competitors by ensuring that “diversity of points of view” in their societies are respected.

“We can disagree,” he said, but conflicts must be fought “fairly, according to rules”, adding that German political debate had become increasingly “intolerant of differences”.

The new Bundestag, which has grown to a record 736 seats, boasts a number of firsts for the EU’s most populous country, although activists say it still has far to go to reflect the nation’s growing diversity.

The first-ever black woman MP, Eritrean-born AwetTesfaiesus, 47, took her seat among the Greens’ parliamentary group. Having arrived in Germany at age 10, Tesfaiesus went on to become a lawyer defending the rights of immigrants and asylum seekers.

“We need diversity in this country,” she told AFP. “We need people who have been victims of racism to be better represented.” Tesfaiesus said she wants to fight the “label of foreigner” that sticks to many despite a German passport.

“You feel latent racism everywhere,” she said. Tesfaiesus told media she launched her political career after a racist attack near Frankfurt in February 2020, when a far-right gunman shot dead nine people at a shisha bar and a cafe.

She joins Senegalese-born KarambaDiaby — a Social Democrat who was until now Germany’s only black MP — and his party colleague Armand Zorn, who emigrated from Cameroon at the age of 12 and just won his first direct mandate in parliament. The number of foreign-born deputies or those with at least one parent born abroad has climbed to 83, making up 11.3 percent of the Bundestag, up from 8.2 percent in the last assembly.

“We are helping to wake up the political scene,” DenizNergiz, head of the Federal Council on Immigration and Integration, which promotes political participation in immigrant communities, told AFP.

The new class of deputies also marks a generational watershed, with a quarter of the new lawmakers under 40. Greens MP Ricarda Lang tweeted a photo of three dozen new colleagues on the steps of the parliament building with the tagline: “There’s some new kids in town.”

But despite its broader representation, the Bundestag, with its overwhelmingly white and male make-up, still lags in mirroring the modern face of Germany.

Nergiz said parliament was still “far behind” the 26 percent of people of foreign origin “across German society”. The same is true for women, even after 16 years with Merkel as the first woman chancellor at the helm. They make up only 24 percent of deputies, up from 20 percent previously. The gender figures vary widely among the parties, with the Greens boasting a 59 percent majority of women, including two transgender women. By contrast the far-right Alternative for Germany only has 13 percent of women among its ranks.