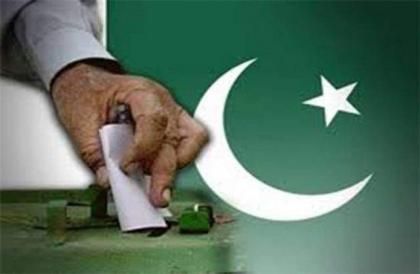 LAHORE: Total 20 candidates have submitted nomination papers for the by-election in Lahore’s NA-133 constituency, on Tuesday.

The Election Commission of Pakistan (ECP) has released the initial list of candidates. The candidates filed their nominations for the by-election in Lahore’s NA-133.

The lower house seat from Lahore is empty due to the demise of PML-N MNA Pervaiz Malik,. He died of a heart attack.

Moreover, the PTI’s Jamshed Iqbal Cheema and Musarrat Jamshed have submitted their nominations. Whereas, People’s Party’s Chaudhry Aslam Gill and Jameel Ahmed have also been among the candidates.

Scrutiny of the nomination papers of the candidates will also be completed by Oct 30. The appeals with regard to approval or rejection of the nominations could be filed upto Nov. 03, and will be decided by Nov. 09.

The Election Commission of Pakistan (ECP) will also display the revised list of the candidates on Nov 10. The candidates could withdraw their nomination papers on Nov. 11.

The polling for the election will take place on Dec 05.