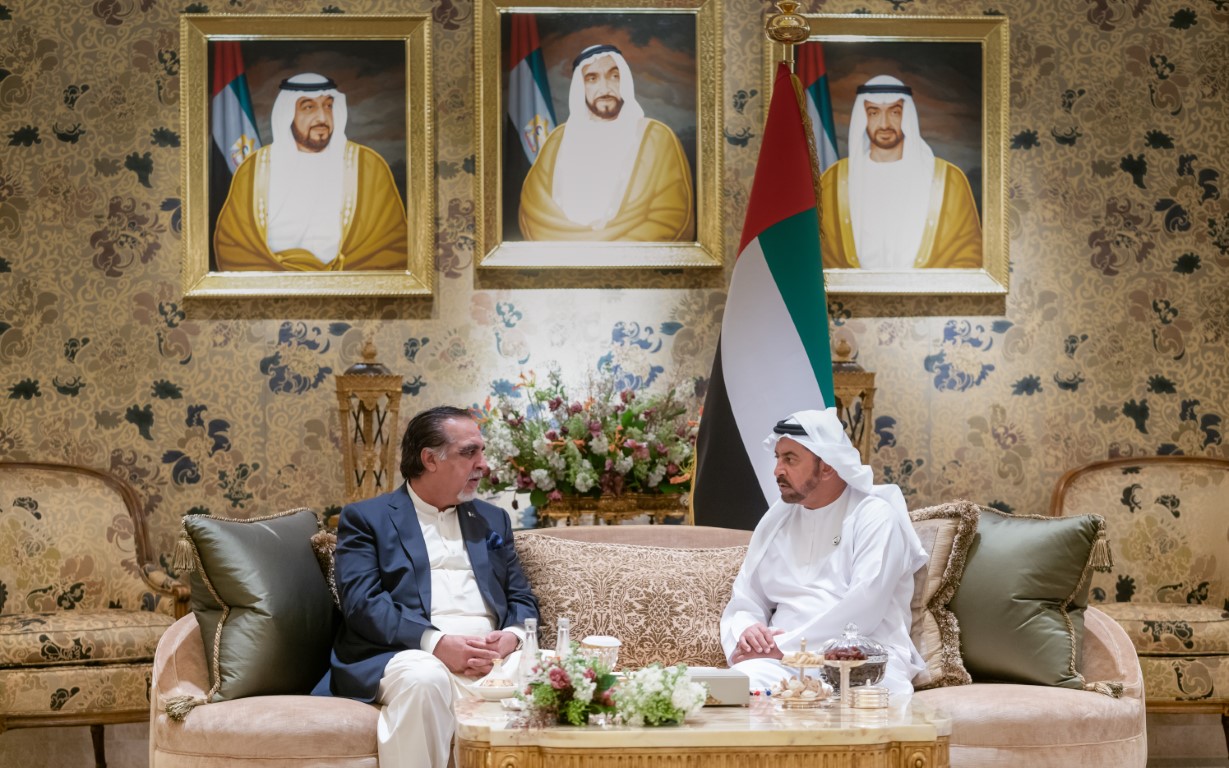 Sheikh Hamdan hailed the bilateral relations between the UAE and Pakistan and the UAE’s keenness to strengthen and develop them in a way that achieves the common interests of the two countries and benefits their peoples. During the meeting, views were exchanged on a number of regional and international issues of common interest.

Imran Ismail stressed that Pakistan attaches great importance to its relationship with the UAE and is keen to support and develop it to serve the common interests of the two friendly countries and their peoples. He expressed sincere appreciation of the UAE’s permanent support for the Pakistani people under all circumstances, including the establishment of humanitarian and development projects in various Pakistani sectors.

On the Pakistani side, the meeting was also attended by Abdul Alim Khan, Minister of Food in the Punjab Government, and Afzal Mahmud Mirza Sultan Mahmud, Ambassador of the Islamic Republic of Pakistan to the country.