Six of seven babies born to a woman die in Abbottabad 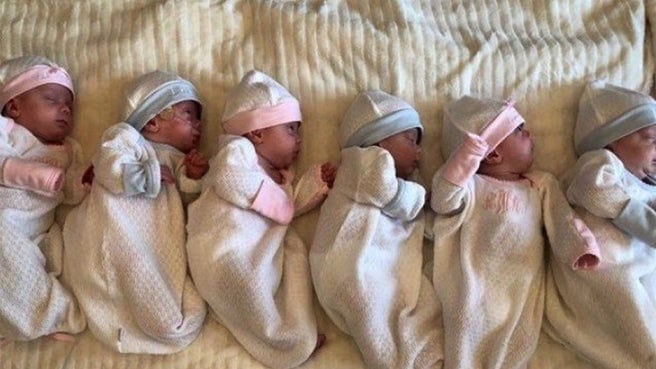 ABBOTTABAD: Six of the seven babies born to a woman in Khyber Pakhtunkhwa’s Abbottabad have died. The deaths took place ten days after their birth at a private hospital. A health official said this on Tuesday.

A spokesperson for the Ayub Medical Complex told that the infants were underweight, due to which they could not survive. The condition of the sole surviving baby is also critical, he added.

On Oct 16, the woman had given birth to septuplets, including four boys and three girls. Health Minister Taimur Khan Jhagra shared photos of the newborns on his official Twitter handle.

34-year-old Rukhsana and her husband Yar Mohammad already had 2 daughters before the birth of the septuplets.

According to doctors at the Jinnah International Hospital, the babies were born in 32 weeks instead of 36 weeks.

Back in June this year, a woman had given birth to quadruplets at Rawalpindi’s Benazir Bhutto Hospital. The 30 year old woman hailing from Talagang tehsil of Chakwal district gave birth to the four babies (three females and one male).