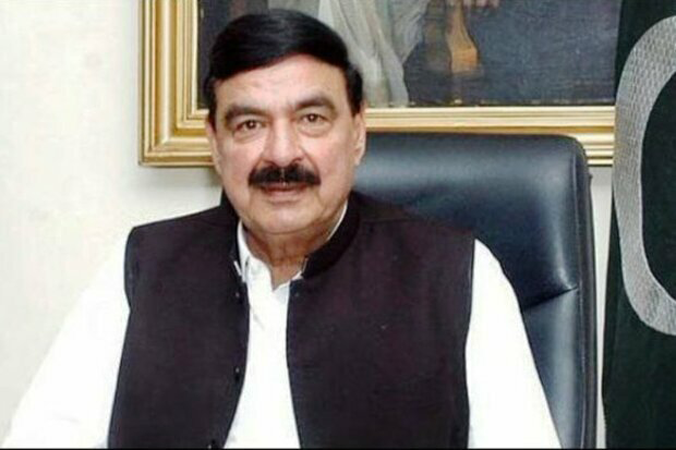 Minister for Interior Sheikh Rashid Ahmed on Monday said that talks with the leadership of Tehreek-e-Labbaik Pakistan (TLP) are moving in the right direction, and expressed the optimism that the outstanding issues will be resolved soon.

“It is our desire and endeavour to settle specific issues with TLP as early as possible through dialogue,” he said while addressing a press conference. “We will implement the promises made with the leadership of TLP. We will forward their demands to the federal cabinet meeting being held on Wednesday to appropriately assess the legal aspects in this regards.”

Sheikh Rashid said out of two roads, TLP workers have opened one road which was a positive sign. He said he had a meeting with Saad Rizvi for a detailed discussion. “I found him very cooperative who wants to wind up this issue to avert any further delay,” he added.

He said he reiterated the stance that Pakistan had been facing multiple international and national challenges and was taking initiatives to handle these issue in an effective manner. He said he assured the TLP leadership that their one demand would be placed before the Parliament for due consideration.

Sheikh Rashid said that opposition parties had failed to muster support of the general public, adding these were just their political stunts that people were fully aware of. He said that there should be no confrontation as holding protests was the right of political parties. “Our responsibility is to ensure a peaceful atmosphere rather than creating any standoff “, he added.

He said that due to the closure of Chaman border, the government had decided to issue 4,000 to 5,000 visas at Torkham border with the option for further enhancing the current number.

Sheikh Rashid said that the government would soon initiate 1122 Service in the federal capital besides start of fruits markets and ladies-specific Bazaars. He said that the Ministry of Interior was making sincere efforts for further improving the services of NADRA and Passport office in order to facilitate the citizens.

He said additional personnel were being inducted in Islamabad Police to ensure foolproof security. He said that presently there was no restriction on political activity while the media was independent in the country. He said that the media was free and there was open political discussion in the programmes “Certainly, our politicians can enjoy exclusive coverage in mainstream media”, he added.

He said that the present government was working on several options to control inflation on the directives of Prime Minister Imran Khan. He asked the opposition rectify their misunderstanding about the PTI government and added it had been harping the fake notion about its tenure.

He said the government of Pakistan Tehreek-e-Insaf (PTI) would complete its tenure and added it was efficiently handling the state affairs. He congratulated the whole nation on the victory of the Pakistan cricket team against India and added that he had directed the administration to remove containers to allow people to enjoy the festivity.

He said that people of twin cities of Rawalpindi and Islamabad fully celebrated this historic victory. He said that the prayers of the whole nation for with their cricket team and added that the team gave a superb performance. He said that it was just like a final match for Pakistan and there was a great passion for victory against arch-rival India. He said that he had to return back to Pakistan from UAE, skipping the Pakistan-India T20 World Cup match as he was called back to fulfill another national task.