Not a good time to talk to India: PM 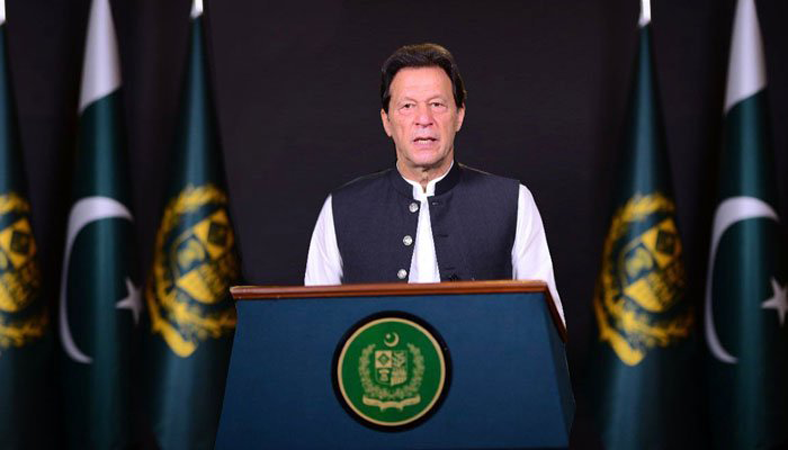 Prime Minister Imran Khan on Monday highlighted the need for improving ties with India, but mockingly said that after Pakistan’s emphatic win against the latter in the T20 World Cup, it was ‘not a good time’ for such a conversation.

The prime minister said that the two countries had only one issue – Indian-occupied Kashmir – and urged for resolving it like “civilised” neighbours. “It’s all about human rights and the rights of the people of Kashmir for self-determination as guaranteed by the United Nations Security Council 72 years ago. If that right is given to them, we have no other problems. The two countries can live as civilised neighbours […] just imagine the potential.”

Imran Khan said Pakistan’s strategic location having two biggest markets in the neighbourhood and connectivity with Central Asia through Afghanistan provided a real opportunity to investors to take benefit. He said if Islamabad and New Delhi resolve the Kashmir dispute in line with the UN resolutions both the nations can reap economic benefits of enhanced regional connectivity.

In the same address, the premier urged the Saudi companies and entrepreneurs to benefit from Pakistan’s strategic location as well as huge investment potential in diverse areas of economy including housing and construction for mutual benefit.

He particularly mentioned the mega development projects of Ravi City and Central Business District in Lahore and said it is the right time for Saudi investors to benefit from these projects.

Prime Minister Imran Khan while reiterating Pakistan’s commitment to the territorial integrity of the Kingdom, said that whenever there is any security threat, Pakistan will stand with Saudi Arabia and ensure its security. Highlighting the close and historic ties between the two brotherly nations, the premier said that Pakistan-Saudi relations transcend all other relations due to people to people contacts. Whichever government comes to power in Pakistan, it does not affect Pakistan-Saudi relations, he added.

Meanwhile, Prime Minister Imran Khan, during a meeting with a key US representative, has underscored the importance of a peaceful and stable Afghanistan for Pakistan and the region. According to the Prime Minister’s Office (PMO), John Kerry, the United States Special Presidential Envoy for Climate, called on PM Imran in Riyadh on the sidelines of the “Middle East Green Initiative (MGI)” summit on Monday. The premier stressed the imperative for the international community to work pragmatically to preserve peace and security, avert the humanitarian crisis in Afghanistan, and prevent an economic collapse. He underscored the need for positive engagement and release of economic resources and financial assets for the welfare of the Afghan people.