SC orders demolition of Nasla Tower within a week 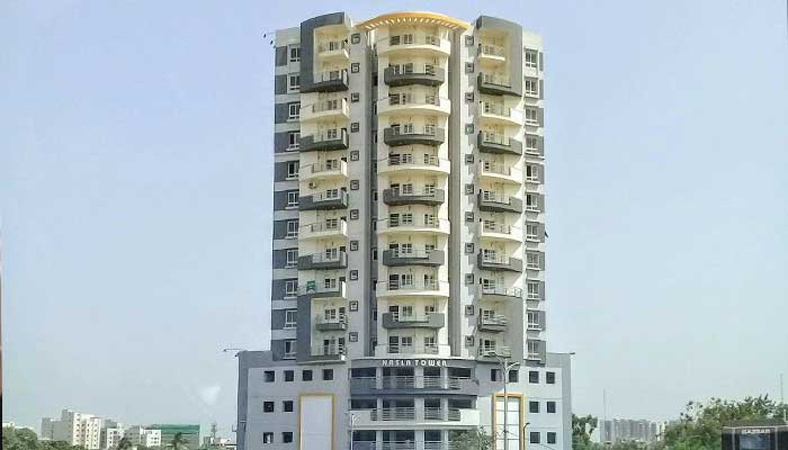 The Supreme Court on Monday directed the Karachi authorities to demolish the Nasla Tower through a controlled implosion within a week. The 15-storey residential building is located at the intersection of Sharae Faisal and Shahrah-i-Quaideen.

The matter was taken up by a three-member bench, headed by Chief Justice of Pakistan (CJP) Gulzar Ahmed and comprising Justice Ijaz-ul-Ahsan and Justice Qazi Muhammad Amin Ahmed, at the SC’s Karachi registry, where the city commissioner appeared before the court.

In June, the top court had ordered the tower’s demolition over its illegal construction on a service road, telling the builders to refund the registered buyers of the residential and commercial units within three months.

During the hearing on Monday, the CJP directed the owner of Nasla Tower to compensate the occupants and ordered the Karachi commissioner to ensure payments are made to the affectees. The court also issued the instruction to the concerned authorities to submit a compliance report within a week. The bench stated the tower should be demolished by a controlled implosion and no damage should be done to buildings or people near it.

The court adjourned the hearing of the case until Tuesday (today).

A three-judge bench, led by Chief Justice of Pakistan Gulzar Ahmed, had initially ordered the demolition of the 15-storey building for encroaching on the land meant for a service road on June 16. Issuing a detailed order for the same on June 19, the court had also directed the builders of Nasla Tower to refund the amount to the registered buyers of residential and commercial units within three months.

The court had said in its judgement that “after examining the entire record and scrutinizing the reports submitted by all concerned agencies and departments, we are in no manner of doubt that the tower in question (Nasla Tower) has indeed been constructed on encroached land which amongst other things has also blocked a service road.” “Being illegal construction and there being no provision for compounding such illegality specially where a service road has been blocked, the same is liable to be demolished,” it had added.

The apex court had also directed the Karachi commissioner to remove all persons from the building and take its possession immediately and initiate and complete the demolition process as expeditiously as possible and submit a report in court.

Later, the builder of Nasla Tower had filed a review petition against the June 16 order, which was dismissed by the apex court last month. Subsequently, the district administration served notices to the residents of Nasla Tower earlier this month, directing them to vacate the 15-storey building by October 27 or face coercive action by relevant authorities.

On Monday, the SC bench headed by the CJP also heard the case pertaining to the construction of Tejori Heights, which is being contested on the grounds that the land for the building belongs to the Pakistan Railways (PR). The lawyer representing Tejori Heights said at the hearing that the court had issued directives for sealing the project in November 2020 and a review petition had been filed against the order. He added that the PR had also filed a civil suit pertaining to the matter in the Sindh High Court.

At his request, the court adjourned the hearing until today.

The bench also heard a plea challenging the construction of a multi-storey building in Bahadur Yar Jang Cooperative Housing Society. The plea stated that the land for the building was illegally occupied. “The building has been constructed on an amenity plot,” the petitioner’s lawyer told the court, adding that the land had been allocated for a park. The court issued notices to the Karachi Cooperative Housing Society, the builder, Karachi Development Authority (KDA) and Sindh Building Control Authority and adjourned the hearing.

In another case, the court directed the KDA director general to rehabilitate a playground, which was inundated by sewerage water and filled with garbage, in New Karachi’s sector 5-D. “Plant trees and install new furniture [there],” the court ordered, while directing the Karachi commissioner and KDA DG to take the said measures at the earliest and submit a report along with pictures within a month.