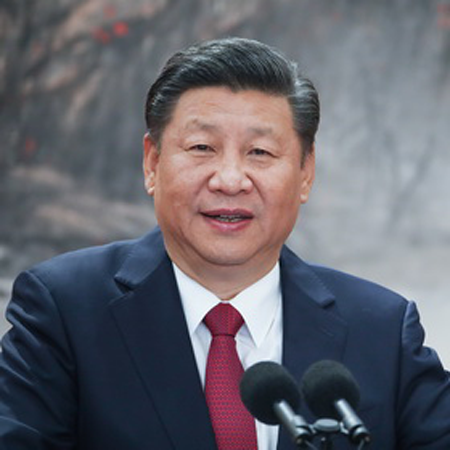 Chinese President Xi Jinping on Monday hailed the restoration of all the rights of the People’s Republic of China (PRC) in the United Nations (UN) 50 years ago as a victory of the Chinese people, and the people from all countries around the world.

Xi made the remarks in Beijing at a commemorative meeting marking the 50th anniversary of the restoration of the PRC’s lawful seat in the UN.

President Xi Jinping attended and delivered an important speech at a commemorative meeting marking the 50th anniversary of the restoration of the People’s Republic of China’s lawful seat in the United Nations in Beijing on Monday. Here are some highlights.

– The restoration of all the rights of PRC in the UN 50 years ago is a victory of the Chinese people, and the people from around the world

– The restoration of PRC’s seat in the UN is of significant, far-reaching importance On China’s development and contributions

– Chinese people have always safeguarded international fairness and justice, and made major contributions to world peace and development

– Chinese people have always upheld the authority and sanctity of the United Nations and practiced multilateralism, and China’s cooperation with the UN has deepened steadily over the past 50 years

– China has blazed a path of human rights development that is consistent with the trend of the times and carries distinct Chinese features, thus making major contribution to human rights progress in China and the international human rights cause

– We shall be firm in opposing all forms of hegemony and power politics, as well as all forms of unilateralism and protectionism

– The international community is confronted by regional disputes as well as global issues such as terrorism, climate change, cybersecurity and biosecurity. Only with more inclusive global governance, more effective multilateral mechanisms and more active regional cooperation, can these issues be addressed effectively

– We should resolutely uphold the authority and standing of the UN, and work together to practice true multilateralism

– We need to encourage green recovery, green production and green consumption and promote a civilized and healthy lifestyle

– Countries around the world should put their people front and center and strive to realize development with a higher level of quality, efficiency, equity, sustainability and security