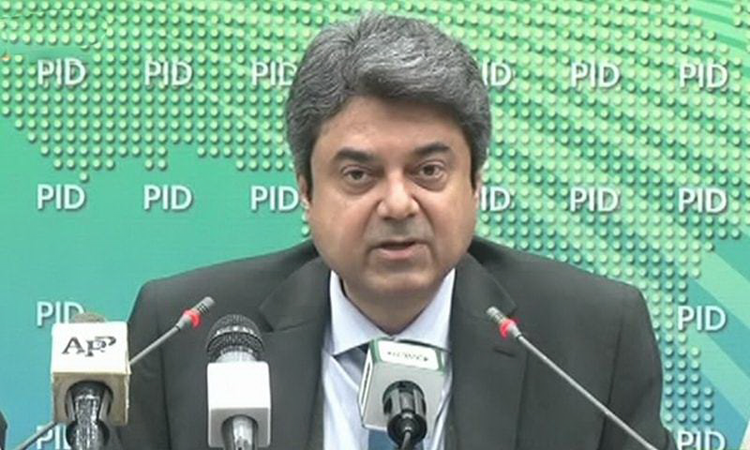 Federal Minister for Law and Justice Barrister Dr Farogh Naseem on Monday said the Pakistan Tehrik-e-Insaaf (PTI) government believed in providing inexpensive and speedy justice to masses and for this purpose, a number of laws had been framed. Addressing the PTI Lawyers Convention here at Alhamra, he said the implementation of these laws would help in materializing the vision of Prime Minister Imran Khan for speedy justice. He said that 125,000 to 150,000 pending cases were disposed off during the last three years tenure of PTI government.

Dr Farogh Naseem urged the lawyers to become hand of the government for implementing new laws, adding that bench and bar were major source who implement the laws in the judiciary. He said the government also made legislation to reduce the time period of cases, for example inherit law cases would be finalized within 15 days which were completed in 5 years and civil proceeding cases would be completed within 6 month to 1 year, which were required 25 or 30 or more years for conclusion which would helpful in increasing foreign investment. The Federal Law minister said that only supremacy of the constitution and law and justice could make the country strong and stable.

Speaking on the occasion, Minister for State for Information and Broadcasting Farrukh Habib said, “I challenged Pakistan Muslim League-Nawaz (PML-N) Vice President Maryam Nawaz to apply in courts for hearing of her cases on a daily basis”. He said the PTI believed in justice and self-reliance, adding that Prime Minister Imran Khan had urged to ensure the rule of law and provide equal justice to people, adding that lawyers could play a vital role in this regard.

He said that Prime Minister Imran Khan had clearly said that law and justice must prevail in the country, adding that our political struggle started during the lawyers’ movement. The State Minister said, “Our government is working on legislation to provide cheaper and speedy justice to the people”.

He said that powerful people were being held accountable for the first time in Pakistan, adding that whosoever would hinder the process of accountability in the country, lawyers had the responsibility to protect accountability process.