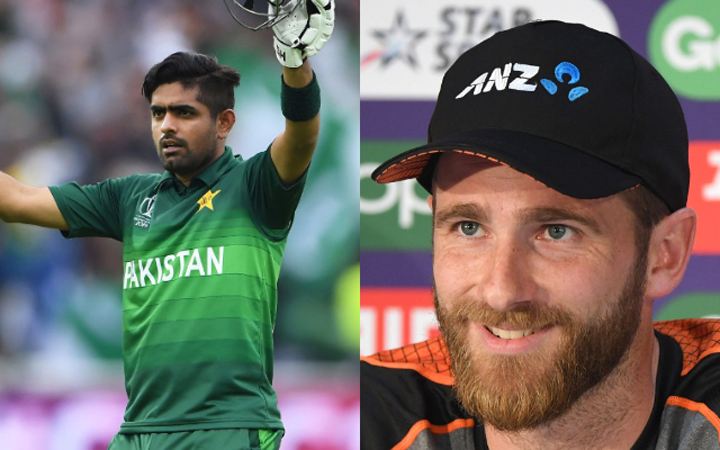 After breaking their 14-year jinx against India with crushing 10-wicket triumph on Sunday night in Dubai, Pakistan are all geared up to face New Zealand in their second Super 12s match of the Twenty20 World Cup in Sharjah, United Arab Emirates on Tuesday (today). A strong sense of being wronged prevails in the squad and the players are seething after New Zealand abruptly cut short their Pakistan tour last month citing security apprehensions and England followed suit. Pakistan’s preparations for the World Cup were hit big time after cancellations. But despite a bumpy ride including several changes made to the original World Cup squad, their performance and confidence against India on the night of October 24 has shown that skipper Babar Azam and his charges are set to maintain the momentum against New Zealand too. The win against India has put Pakistan in a strong position to qualify for the semifinal stages, but progress will be dependent on further professional and clinical performances against New Zealand and the lesser teams Scotland, Namibia and Afghanistan in their group.Pakistan have won three of the five T20 World Cup clashes against New Zealand, though captain Kane Williamson’s men won the most recent encounter in Mohali in 2016. Pakistan will have the odds in their favour. As for the Kiwis, it’s about starting off on the right note.Pakistan can count on being well supported after playing most of their home matches in UAE in the wake of terrorist attacks on the Sri Lankan team bus in 2009.Pakistan bowling coach Vernon Philander said Monday that his team had already put their momentous win over India “behind them” as they prepare to face New Zealand. “It will be another big game and hopefully the boys will reset and be ready and focused.”

Babar said on Monday he and his players were “proud” to have made history by beating India for the first time in a World Cup match.The win was Pakistan’s first in 13 World Cup matches (seven in the 50 over World Cup and six in the Twenty20 World Cup) dating back to 1992 in Australia.With the sensational uprooting of the openers with the new ball, Shaheen Shah Afridi was the brightest star of the night, but everyone in the support cast played their role well, including a nerveless chase by the openers Babar and Mohammad Rizwan.According to the official site for the T20 World Cup, Babar and Rizwan’s 152-run partnership was the biggest opening partnership in the history of the men’s T20 World Cup and Pakistan’s second-biggest partnership in a T20 International for any wicket.Sunday’s explosive performance by the two cricketers overtook the previous record – 145 runs by West Indies’ Chris Gayle and Devon Smith against South Africa in 2007.The third spot on the current ranking is also occupied by Pakistan, with Kamran Akmal and Salman Butt scoring 142 runs against Bangladesh in 2010.”We realise how important and how much needed that win is as everyone wanted us to win and to have made history is one of the defining moments in our careers,” Babar said.”I had said before the match that records are meant to be broken so we have broken that jinx and we are very happy, in fact the whole country is happy and celebrating.” Babar said the ‘special’ match was as usual of high intensity.

New Zealand skipper expects no acrimony: On the other hand, New Zealand skipper Williamson hopes Pakistan will not hold any grudges over New Zealand abandoning a tour on security fears last month, when they clashtoday.Williamson, not part of the squad in Pakistan as he was playing in the Indian Premier League (IPL) in the United Arab Emirates (UAE), played down talk of a grudge match.”There are a lot of good relations within the two teams. Over the years they’ve played a lot against each other, and a number of players have played with each other, as well,” said Williamson on the eve of the match. “I am sure the game will be played in the right spirit.”

New Zealand’s abandoning the Pakistan prompted newly elected chairman of Pakistan Cricket Board (PCB) Ramiz Raja to proclaim New Zealand will be one of the targets in the T20 World Cup. “We had one team in our target, our neighbours (India), now add two more teams, New Zealand and England,” Ramiz said last month. Williamson, who admitted the decision to abandon the tour was based on New Zealand government advice, praised the Pakistan team.”I suppose the focus now is here at the T20 World Cup, and no doubt after the performance last night, Pakistan have some momentum and are feeling pretty good about their cricket,” said Williamson.

Williamson labelled Pakistan as one of the “favourites”. “Yeah, I mean, it was a fantastic performance. I think Pakistan have come to the T20 World Cup full of confidence, having played in these conditions more than most,” he said. “They certainly put it on show last night and showed why they’re one of the favourites in the competition.”Williamson said Pakistan, who at third are ranked one place above New Zealand in T20, have a key blend of youth and experience.Pakistan are extremely unlikely to change the side that brought them Sunday’s 10-wicket win.