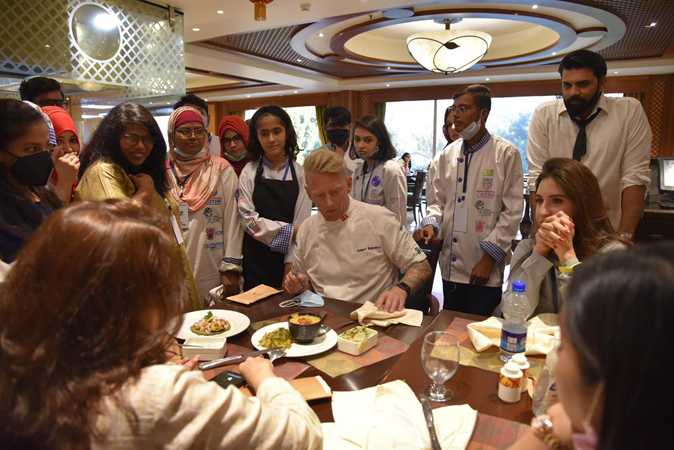 In an attempt to make the Pakistani population become more aware of their nutrition and lead them to develop better healthy lifestyles, the Royal Danish Embassy, in coordination with Community World Service Asia organised a ‘food hackathon’ on October 15 at a local hotel at 10:30am.

The hackathon’s key objectives were to raise awareness on preventing the growing prevalence of NCDs and obesity in Pakistan, improve the low quality and low life expectancy of Pakistanis due to poor eating habits and educate, train and inspire Pakistanis to implement healthy eating and cooking habits. Furthermore, it highlighted the concept of Sustainable Food that advocates for cutting carbon emissions through a climate-friendly and plant-based diet.

In addition, the food hackathon was followed by cooking boot camps; teaching upcoming and professional chefs healthy cooking methods and recipes and massive advocacy efforts that will champion a culture of healthy cooking methods and eating a nutritious diet. These took place because according to what Pakistani experts reveal, food toxicity and deep frying are some of the most common problems identified in the country and thus through the events planned in the hackathon, the selected teams participating learned to tackle problems related to diabetes and obesity through food, cooking and a good diet.