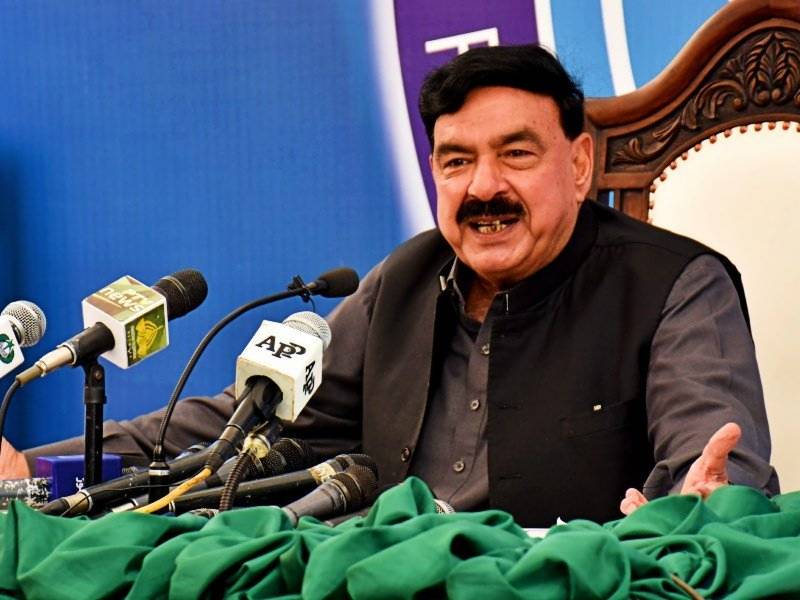 On Monday, Interior Minister Sheikh Rashid maintained that the federal government has decided to unfreeze the bank accounts of seminaries associated with the banned outfit on the orders of Prime Minister Imran Khan.

While talking with the media, the federal minister said that the accounts were being activated as of now, naming the ongoing dialogue with the banned outfit “good”.

The decision to unfreeze TLP’s assets came days after violent clashes in Lahore left three policemen dead. The banned outfit, however, managed to continue its march towards Islamabad despite hurdles.

Meanwhile, they are protesting on GT Road, near Murdike, about 50km from the provincial capital, till the acceptance of their demands. The decision to stop the march was taken after talks with Rashid who came back from Dubai to dialogue with the protestors.

Speaking about the dialogue process, the interior minister said he was chairing the meetings of the negotiating committee at the “insistence” of TLP chief Saad Rizvi.

“Talks were still being held with the negotiating committee, and negotiations continued today as well,” he added.

According to Rashid, he signed the agreement and he will see to its compliance. “I am in favour of [peaceful] settlement,” he said, adding that after the government removed the containers, the banned religious part opened one side of the road for traffic.

Rashid added that Prime Minister Imran Khan will chair a cabinet meeting on Wednesday wherein the demands of the TLP, including the release of Saad Rizvi, will be discussed. For now, the government agreed to unfreeze the accounts linked to the outfits seminaries.