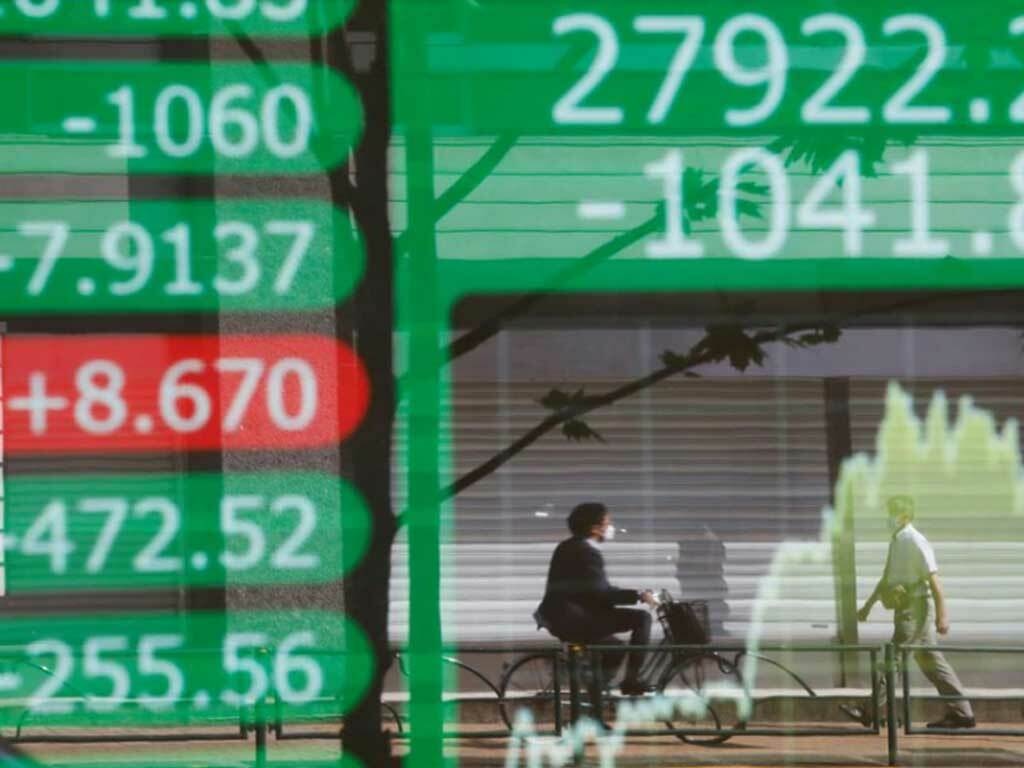 Asian markets were mixed Monday following last week’s gains, with investors keeping a worried eye on a fresh Covid outbreak in China that could drag on the already stuttering economy.

Long-running worries about inflation continued to cast a shadow over trading floors, though a healthy batch of earnings has tempered those concerns in the past couple of weeks.

Reporting by tech titans including Amazon, Apple, Samsung and Microsoft are on the agenda this week, and will be closely followed for an idea about what impact supply chain snarls and rising prices are having on their bottom lines.

Their forward guidance will also be of interest as they contemplate tighter central bank monetary policies and a possible hike in interest rates next year. Tech firms are usually more susceptible to higher borrowing costs.

News that troubled China Evergrande had paid interest due on a bond before Saturday’s deadline provided a much-needed boost to confidence though it remains to be seen whether the property developer can meet obligations on other notes due before the end of the year.

Hong Kong and Chinese markets also got some extra cheer from Evergrande saying it had resumed work on more than 10 projects. But there were concerns about the property sector after reports that China plans to expand pilot property tax reforms as part of a drive against real estate speculation.

Shanghai and Hong Kong edged up, with traders keeping tabs on the latest Delta variant outbreak in mainland China, which comes just over three months before the country hosts the Winter Olympics.

The latest spike has forced authorities to reimpose strict containment measures, but there are fears of a wider lockdown that would weigh on economic growth. Recent outbreaks this year played a role in the below-par expansion seen in the third quarter.

There were also gains in Sydney, Seoul, Mumbai and Taipei but Tokyo, Singapore, Manila, Jakarta and Bangkok fell.

London, Paris and Frankfurt all rose at the open.

Traders are preparing for the US Federal Reserve to join several other central banks around the world in winding down the massive financial support put in place at the start of the pandemic.

Fed boss Jerome Powell said last week that the bank’s vast bond-buying should now be tapered, with expectations he will begin the pullback as early as next month, though he was not ready to hike borrowing costs yet.

“The risks are clearly now to longer and more persistent bottlenecks, and thus to higher inflation,” he said Friday.

Treasury Secretary Janet Yellen also said she saw inflation staying persistently high into the second half of next year but insisted that officials were not losing control of prices.

Oil prices pressed higher, with Brent at a three-year high above $86, while WTI was within sight of $85 for the first time since October 2014.

The latest rise comes after Saudi Arabia said OPEC and other major producers would be cautious in lifting output despite surging demand, warning that the pandemic still posed a threat to the outlook.

The Turkish lira tumbled more than one percent to a record low against the dollar after President Recep Tayyip Erdogan called for the expulsion of ambassadors from 10 countries, including Germany and the United States, who had appealed for the release of a jailed civil society leader.