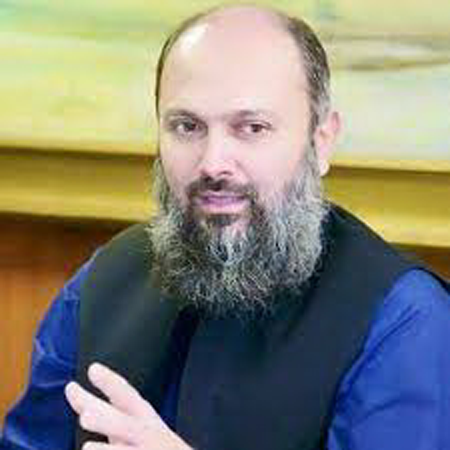 Balochistan Chief Minister Jam Kamal Khan on Sunday stepped down from his office. “Jam Kamal Khan has submitted his resignation to the Governor of Balochistan Syed Zahoor Ahmad Agha,” a statement issued by the governor’s spokesperson, Paind Khan Kharoti, said. The resignation was accepted by Governor Agha, it added.

In a tweet earlier, Jam said he had given his “utmost time and energy” for Balochistan’s governance and development despite “many deliberate political hindrances”. “I would rather leave respectfully and not be part of their monetary agenda and bad governance formulation,” he said, apparently referring to the disgruntled group comprising members of his own Balochistan Awami Party (BAP) and allies that had been demanding his resignation.

Following Kamal’s resignation, the provincial cabinet of Balochistan has been dissolved and now, a session of the provincial assembly cannot take place until the appointment of a new chief minister. It is pertinent to mention here that Balochistan Assembly Speaker Mir Abdul Qudoos Bizenjo had fixed October 25 for voting on the no-confidence motion against the CM Jam Kamal Khan.

Following the announcement, the disgruntled members of the BAP and the Opposition – who had gathered at Bizenjo’s residence, celebrated their triumph by flashing a victory sign.

Earlier in the day, four “missing” lawmakers of the provincial assembly had returned to announce that they would be joining the group of the Balochistan Awami Party’s (BAP) disgruntled members, enabling the party to secure the required number in the provincial assembly to oust the Jam Kamal Khan-led government in the province. The four MPAs, who had gone missing on the day when the disgruntled group had tabled the no-confidence motion in the assembly, arrived in Quetta on Sunday and declared their support for the group. Addressing a press conference in the provincial capital, the group proved its majority as 39 out of the 65 lawmakers were present at the venue. Earlier in the day, Jam Kamal, in a Twitter post, laid the blame for any loss in Balochistan’s development squarely on the Pakistan Democratic Movement (PDM), the ruling Pakistan Tehreek-e-Insaf (PTI), some Balochistan Awami Party (BAP) members and a “few mafias” and suggested that Prime Minister Imran Khan take a good look at “his people”.

In an earlier tweet, he said that “those hungry for power and greed” can go ahead and fulfil this wish of theirs. He also said that the prime minister should tell certain federal members to not “fiddle” with Balochistan’s internal matters and give some “space to the PTI’s provincial hierarchy” so that it can play its role at the provincial level in Balochistan.

Later, Jam said in a separate Twitter post that a new era will start in the politics of Balochistan and Pakistan with “this political movement”.

He further stated that the series of events during the last two months have revealed several “things, faces and so-called political principles, greed, lust for power, conspirators, and even some credible personalities in the country’s politics”. He also shared a quote from famous poet and philosopher, Ibnul Arabi to express his views over the current situation. “Hypocrisy may win in this world but the Hereafter is the day of victory for the truthful.”