Sloganeering against heads of armed forces shouldn’t be allowed: Shehbaz 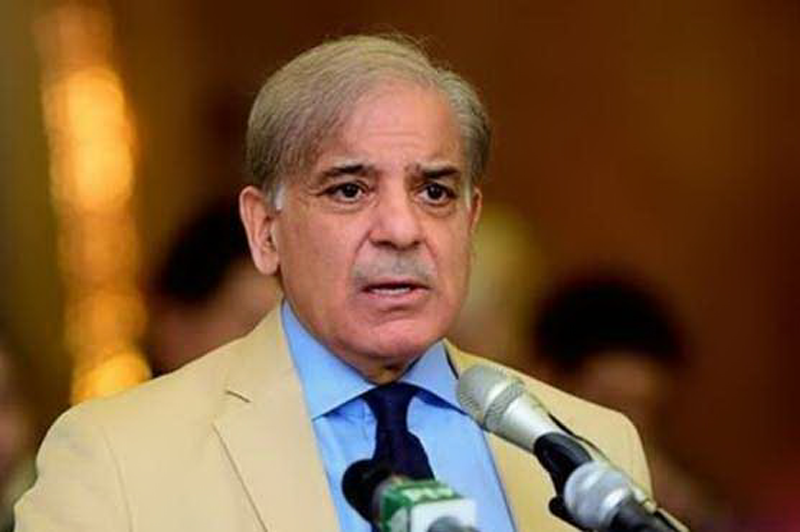 PML-N President Shehbaz Sharif on Sunday said that sloganeering against heads of Pakistan Army’s wings is ‘against the national interest’ and must not be allowed at any cost, a private TV channel reported.

To a question whether it is the PML-N’s policy to seek the removal of the head of the top spy agency, Shehbaz said making such slogans against the heads of the army’s institutions in public rallies is “not only against the national interest but there should be absolutely no permission for this”. His comments come in the aftermath of the October 16 rally by the Pakistan Democratic Movement (PDM). On the occasion, PML-N Vice President Maryam Nawaz had referred to the recent controversy and speculation over the appointment of the Inter-Services Intelligence director general and had alluded to Lt Gen Faiz Hameed, without naming him. Immediately following her speech, a person appeared at the dais and named the ISI chief, asking the crowd to shout slogans against him.

Shehbaz also disassociated himself and the PML-N from the individual who had incited the crowd to shout the slogans, saying that “the one who said the slogans in Faisalabad has no relation with our party – they are not a worker of our party or an officeholder – I say this unapologetically and there is no need for this matter to be repeated.”

Shehbaz said a strong and professional army is necessary for a country’s security, defence and peace. He said there is no need to interfere in the routine postings of an institution.

Shehbaz said that there is a dire need for the ‘entire government’ to be ‘sent packing’ and any delay in the matter will be ‘gross injustice’ with the nation.

In a statement issued by PML-N on Twitter, Shehbaz was quoted as saying that for the country to step out of the quagmire it is in, a “serious, capable and trustworthy” team is needed to govern it. “The country is paying the price for the inflation, economic devastation and unemployment and the government has no realisation that it is not only the poor but even those holding white collar jobs that have been crushed by it,” he said.

Shehbaz said that in order to be free from this “tyrannical government” the entire nation will have to take to the streets and take “decisive steps”.

According to the statement, Shehbaz declared the government guilty of “endangering national security” with the “economic devastation” and inflation being witnessed by the country.

The government will have to either choose the economy, the welfare of the people, or its seat of power, he said. “Every minute the government stays in power, is costing the country billions,” he added.

“They announced they will control inflation but increased the prices of essential items. Is this the government’s sense of realisation and its promise?” he asked.

Shehbaz said that “once more” he had been proven right that government is “deceiving both the people and the IMF (International Monetary Fund)”.

Meanwhile, the PML-N on Sunday organised a rally to record protests in Faisalabad under the campaign launched by the party leadership against rising inflation in the country.

PML-N’s Divisional President Haji Akram Ansari and other leaders addressed the rally. The speakers said that “people have taken to the streets against the government’s policies”. “The campaign [against inflation] will continue till the rulers are sent packing,” they said.

Meanwhile, the party organised a march in Jhang as well to protest inflation. The PML-N leaders marched from Circuit House to the Jhang Press Club. Women participating in the demonstrations rallied outside the Press Club and protested with empty utensils in their hands. Separately, rallies were also organised in Mianwali, Multan, and other cities of Punjab.