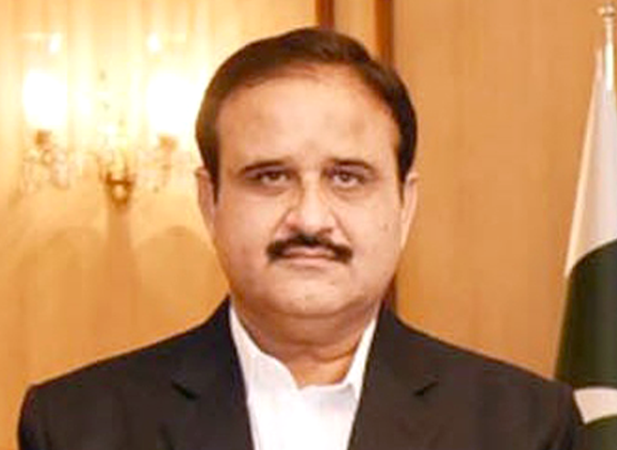 In a statement issued here, he said that the opposition was trying to hide its failures and non-seriousness attitude towards the national issues by staging protests.

Usman Buzdar said that the opposition had always attempted to hinder the country’s development process, adding that the Pakistani nation would never forgive the irresponsible and negative attitude of the opposition.

The CM said that the Pakistan Tehreek-e-Insaf (PTI) government, led by Prime Minister Imran Khan, would complete its five years tenure, adding that conspirators had faced defeat before and they would meet the same in future.

He said, “The PTI government believes in public service and people want development and prosperity not chaos.”

Meanwhile, Punjab Health Minister Dr. Yasmin Rashid appealed to parents to get their child immunized against Polio here on Sunday.

In her message at World Polio Day, the Health Minister said that making Pakistan Polio free was her mission. She said, “All necessary measures are being taken to make Punjab Polio free.

A clean and safe environment for children is the foremost priority of the government. All stakeholders are striving to achieve the goal of polio eradication.

Role of parents is pivotal and they must get their children vaccinated to safeguard them from poliovirus. Parents must cooperate with health workers. The government is endeavoring to achieve 100% vaccination target. Prime Minister Imran Khan and Chief Minister Sardar Usman Buzdar want to make Pakistan Polio free.”

Separately, Provincial Minister Local Government and Community Development Department Mian Mahmood-ur-Rasheed has said that success in drive against Corona can only be possible if maximum number of people are vaccinated. Keeping this in view Punjab government is going to launch a special Corona Vaccination Campaign from 25 October to 12 November.

The Minister said that12000 teams will go door to door for inoculating vaccine adding that this drive is being started in all districts of the province and 14000 new vaccination centres are being established throughout the province.

Moreover, social workers will also provide assistance to the vaccination teams. Mian Mahmood-ur-Rasheed appealed to the public to get benefit from this initiative and complete the corona vaccination and protect themselves and their families from this pandemic.

He said that corona virus has so far taken more than 12,000 lives in Punjab. By vaccinating maximum people, we can not only move faster towards normal life but also avoid other social restrictions and lockdowns, he added.