The Rock reacts to public support over his presidency bid 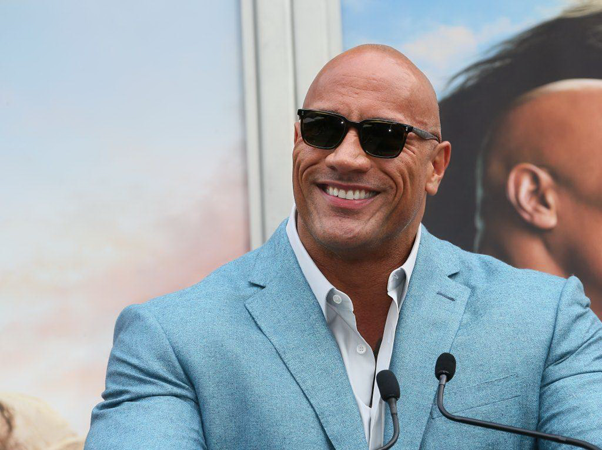 Dwayne Johnson reacts to the ‘insane’ reaction his fans have been giving to his bid for president.

The Rock started off his reaction by recalling the initial conversation with Vanity Fair that ended up giving birth to this whole idea.

He admitted, “Conversations always swirl when it comes to me running for POTUS one day. The latest poll showed that 46% of Americans would support me running for President.”

He also went on to share his “honest feelings regarding this unbelievable support I potentially could have.”

“But here’s the truth/ 46% of Americans galvanized in support me being President is so humbling and it really sits me down and I shake my head in awe.” (sic)

“But at the end of the day, I don’t know the first thing about politics.

I care deeply about our country. And I care about every [expletive] American who bleeds red – and that’s all of them.”

“There’s no delusion here,” the actor went on to write. “I may have some leadership qualities but that doesn’t necessarily make me a great Presidential candidate.”

At the end of the day, “Core values matter.

Earlier, the Rock expressed appreciation for the “genuine” love he receives from Bollywood actors.

The global star, known for his big-budget action films, told Hindustan Times: “I get a lot of love from Bollywood actors and I appreciate the love.

Johnson will next be seen in Red Notice, a Netflix action comedy thriller that is written and directed by Rawson Marshall Thurber.

The film was earlier going to be released by Universal Pictures, before Netflix acquired its rights. Chris Diamantopoulos and Ritu Arya also star.

Johnson added, “A lot of times, [since they are] actors [they could be just] acting, but the love that I get from a lot of actors in India is genuine. I feel it, all the way, over here.

I love the energy and the love from India has been unbelievable over the years.

By the way, I was tracking this love when I was wrestling in WWE because wrestling is very big in India.”

The Rock also showered praise on his Red Notice co-star Reynolds, saying that he is a “genuinely funny, witty guy with multiple layers to his sense of humour.

He brings this awesome fun dynamic between us. We have been friends for a very long time. We literally started our careers together the same year.

We have 20 years behind us and our chemistry worked and people will get to see it in Red Notice as well.”