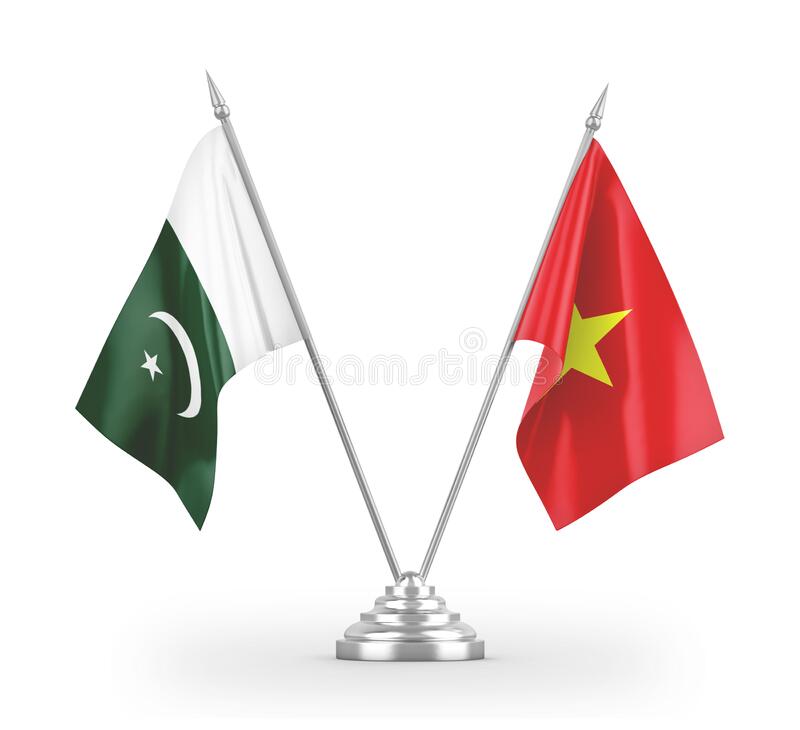 ISLAMABAD: The Vietnam Ambassador to Pakistan, Nguyen Tien Phong on Sunday desired for increasing the bilateral trade volume between Pakistan and Vietnam up to US$1 billion in the next two years.

“The two countries have great potential to increase bilateral trade, which is being discussed on both sides,” the Ambassador of Vietnam to Pakistan told.

The Ambassador said that presently, there was a bilateral trade of about US$700 million between the two countries which was far below its potential, there was a need to enhance the trade volume, with an aim of US$1 billion in the coming 1-2 years.

He said that the two countries have vast potential for bilateral trade in agriculture including tea, black pepper, cashew, coffee cotton and textile, seafood, and dairy items.

Manufactured products such as phone and phone’s parts computer and computer’s parts pharmaceutical, electrical and electronics and other technology equipment, rubber, steel sector, and various chemicals also in potential trade list, he said.

The Vietnamese envoy said that new avenues for mutual cooperation in trade between the two countries can be opened by including trade sectors in these and other new sectors.

Responding to a question, he said that the main reason for the decline in bilateral trade volume between the two countries, apart from the impact of the coronavirus pandemic, there was lack of mutual awareness between the two sides, the enterprises of each, which needed to be improved in the future.

Replying to a question, he said that talks on further progress on the proposed Preferential Trade Agreement (PTA) between Pakistan and Vietnam were likely to take place in mid-November this year. He said the bilateral talks on the proposed PTA to be held under the framework of the upcoming ‘5th Vietnam – Pakistan Subcommittee on Trade’ he said.

He said that in the Subcommittee meeting both sides would discuss the two top agendas of bilateral trade and investment, PTA and the agreement on Investment Promotion Protection.

The ambassador said that the fifth round of talks under the Trade Subcommittee would also discuss the other issues of bilateral trade and investment cooperation between the two countries, the dismantle of the tariff, and technical barriers to trade flows.

He said that after the signing of the PTA, the talks on the Free Trade Agreement (FTA) would also be expected to increase sharply trade volume between the two countries.

Regarding multilateral trade in the Association of South East Asian Nations (ASEAN) and Pakistan’s trade interests with this trading bloc, the Vietnamese envoy said that Vietnam, being an active member of ASEAN, would play its full role in paving the way for further ASEAN-Pakistan trade cooperation.

He added that ASEAN was a very effective trading bloc of the world and has signed FTAs with China, Japan, Republic of Korea, India, Australia and New Zealand from which all the regional countries are benefiting.

Ambassador Phong said Pakistan also has good trade and economic relations with ASEAN countries, which need to be further enhanced, and once again the awareness-raising would play a vital role in the realization of already-there great potentials regarding the aspects of GDP and number of consumers in total.

The Ambassador said, “year 2022 will mark the 50th Anniversary of the Establishment of the Diplomatic relations between Pakistan and Vietnam, would be marked in a dignified manner in which the development of bilateral diplomatic tie and trade relations between the two countries would be reaffirmed, reinforced and developed at a greater distance.”

He said over the course of these five decades, Pakistan-Vietnam relations have been excellent on the diplomatic, trade, and economics fronts and added the two countries supported each other in many international forums and mutual cooperation.

He said that trade, economic, cultural, and people-to-people contacts between the two countries would be focal points and further enhanced.