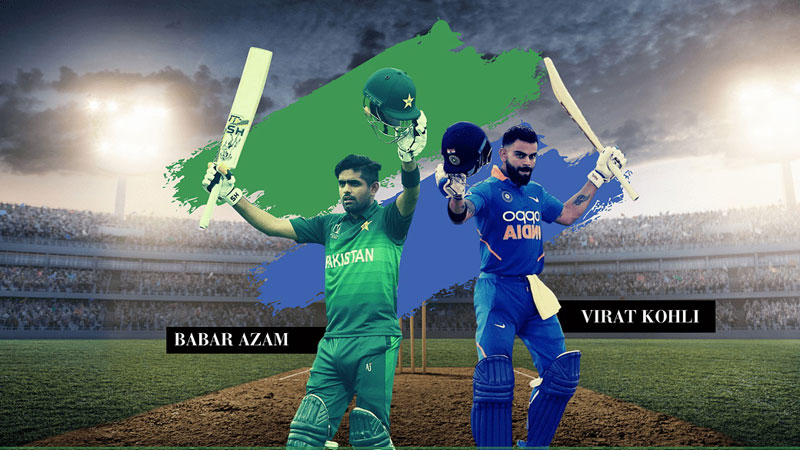 Fireworks are expected when Pakistan take on archrivals India in their high-octane opening Super 12s match of the Twenty20 World Cup at Dubai Stadium in United Arab Emirates on Sunday (today). The hype surrounding the contest has overshadowed the other games, as well as other teams. When India and Pakistan play, it’s always exciting and good for fans to watch. Millions of people tune in and expect to be entertained — they are never disappointed. There have been many rivalries in sports, but nothing matches the rivalry of Pakistan and India on the cricket field. Pushed back a year due to COVID-19 and being held in the Middle East instead of India as originally planned, the tournament will be the first of two World Cups of the shortest format of the game in two years. It effectively means that the champions of this edition will have the shortest reign – just a year before they begin their title defence in Australia, which was due to host the 2020 edition.

Pakistan have never lacked talent and Babar Azam and his charges will be highly motivated too when they launch their bid for a second Twenty20 World Cup title in the familiar surroundings of UAE. After failing to win the inaugural edition in South Africa, they won their first title under Younus Khan in 2009 in England. A strong sense of being wronged prevails in the squad and the players are seething after New Zealand abruptly cut short their Pakistan tour last month citing security apprehensions and England followed suit. Pakistan’s preparations for the World Cup were hit big time after cancellations. But despite a bumpy ride including several changes made to the original World Cup squad, there are signs that the team are rising to the occasion.

On paper, Pakistan’s group, including qualifiers Scotland and Namibia, is the easier one. Afghanistan are capable of upsets, but it is the other two teams that make group qualification particularly difficult.India and New Zealand are ranked second and fourth respectively, consistent in all formats, and confident in their cricket. Pakistan’s track record against India in world tournaments is abysmal. And as much as India’s cricket strength has grown over the past two decades, Pakistan’s main failing still seems to be a psychological one.Pakistan have lost all seven World Cup (50-over) clashes against India as well as five games in the Twenty20 World Cup.

As the team’s batting mainstay, the onus would be on Babar to shoulder the scoring responsibility at the top of the order, along with wicketkeeper-batsman Mohammad Rizwan. The duo are among the top seven ranked batsmen in this format and Babar said they had struck a good rapport batting together.Babar has a perfect 11-0 win-loss record in the UAE in this format but there is another piece of team statistics which is less flattering. Pakistan are yet to beat India in any World Cup but the 27-year-old is optimistic they can break the jinx in UAE. Emerging star, Haider Ali, has a chance to give the world notice of his talent. Fakhar Zaman’s positive play should be rewarded. And Mohammad Hafeez and Shoaib Malik have the best opportunity to play a decisive role. Pakistan’s other star Shaheen Shah Afridi, a world class bowler in all conditions. But support for him is thin. Hassan Ali is still seeking to re-establish himself at the highest level, and Haris Rauf is yet to fully convince as an international bowler. But with momentum anything is possible. And that makes this first game against India vitally important. A defeat will leave Pakistan hanging by a thread, but a win will provide the confidence for Pakistan to believe that success in the tournament is genuinely possible.

Speaking on the eve of the match, skipper Babar vowed his team would not think about Pakistan’s poor record against arch-rivals India.Exuding confidence, Babar stressed that the past was irrelevant to his players.”To be honest, what has passed is beyond us.We want to use our ability and confidence on the day of the match so that we can get a better result.Records are meant to be broken.” Pakistan have named a 12-man squad for their first group game. Sarfaraz Ahmed, Mohammad Wasim and Mohammad Nawaz sit out, meaning Pakistan will go into the game with three fast bowlers in Shaheen Afridi, Haris Rauf and Hasan Ali. The spinners are Imad Wasim and Shadab Khan.

On the other hand, Indian captain Virat Kohli has tried his best to downplay the significance of the game. India clinched T20’s biggest prize in 2007 but have not won a world title since the 2013 Champions Trophy. But there is a lot riding on it especially given the political tensions between Pakistan and India. In fact, several Indian ministers have called for the match to be cancelled.India-Pakistan matches have been restricted to international tournaments with the two countries not having played a bilateral series since 2013. The last two games were evenly divided with Pakistan winning the ICC Champions Trophy final in 2017 and India later maintaining their record of not losing to their rivals in a World Cup match in 2019.Kohli will step down as India’s 20-over skipper after the Twenty20 World Cup. Kohli, also India’s batting mainstay, has captained the team across formats for about five years but recently announced his decision to relinquish Twenty20 leadership to better manage his workload. Never shy at showing his emotions on the field, the 32-year-old has led India to numerous successes in bilateral cricket at home and abroad but has never won an ICC trophy as captain.

It’s going to be a highly thrilling contest with Virat in one corner and Babar in another. They are both really competitive guys who know what the rivalry is all about. The fans have enjoyed this rivalry over the years and it is cricket at its best.It has come down the generations from Kapil Dev, Imran Khan, Sourav Ganguly, Inzamam-ul-Haq, MS Dhoni and now we have Kohli and Babar. It’s a great legacy to have and another game to remember.