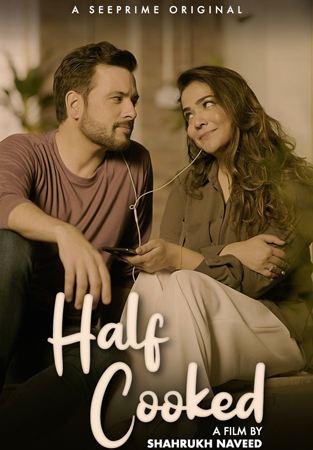 The story revolves around a couple, Ayat and Rehan, who try to make an effort to redesign their dry routine and turn it into something exciting by playing a game. The game eventually leads them into making monumental realisations about their relationship.

“I believe this is a story that many couples will find relatable. At See Prime, our main goal is to bring forth original content that our viewers can relate to,” commented Seemeen Naveed, executive producer and the woman behind See Prime. “I have always encouraged young-blood film makers to come forward and tell their stories to the world, and I hope the viewers enjoy this short film as much as my team enjoyed filming it.”

Penned down and directed by Shahrukh Naveed the film portrays how we sometimes don’t notice how the people around us are silently enduring so much. ‘Half-cooked’ has been executively produced by Seemeen Naveed and co-produced by Asad Naeem and Qaiser Rafiq under the banner of Filmoclock studio.

See Prime is a digital entertainment platform bringing new, dynamic, and breakthrough, original and distinctive content for its viewers. It has successfully broken into a dimension of untold and unique narratives for its audiences, exploring different and diversified genres.