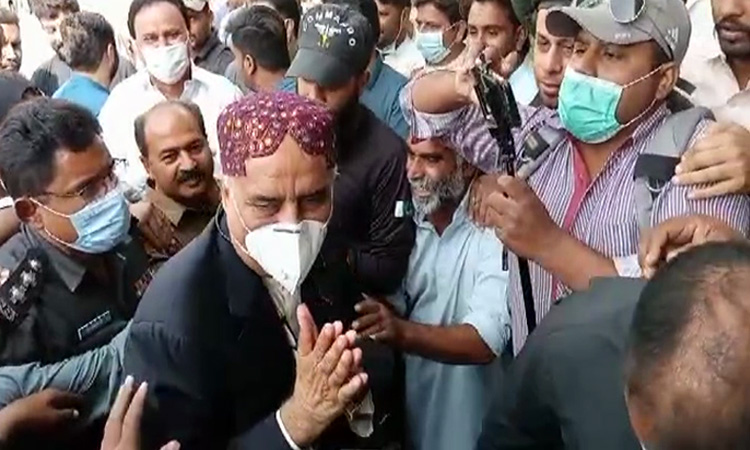 PPP stalwart Khursheed Shah was released from jail on Saturday after being incarcerated for 25 months in assets beyond means case, after which he termed the period as a test for him, a private TV channel reported.

The former opposition leader in the National Assembly was released after an accountability court verified the Supreme Court’s order for his bail.

Shah’s son had submitted bail bonds worth Rs 10 million at the accountability court as surety against his father’s bail. Following his release from Sukkur Central Jail, the PPP workers accorded a warm welcome to the leader.

Shah was arrested by the National Accountability Bureau’s (NAB) Sukkur chapter on September 18, 2019. Back in July 2021, the Sindh High Court had dismissed a petition seeking Shah’s request for bail. Although the apex court approved Shah’s bail, it asked the anti-corruption watchdog to continue probing the case.

Addressing party workers after reaching his residence, Shah said he was behind bars for two years, and it was a test for him. But despite incarcerating me, they could not prove anything, he added.

“I was thrown behind bars due to my love for the people,” he said, adding that he had no reservations against anyone for sending him to jail. “Conspiracies were hatched against me […] attempts were made to portray me as separate from PPP,” he added.