* Punjab CM says the present scenario demanded unity, brotherhood and solidarity as there
was no room for politics of self-interest 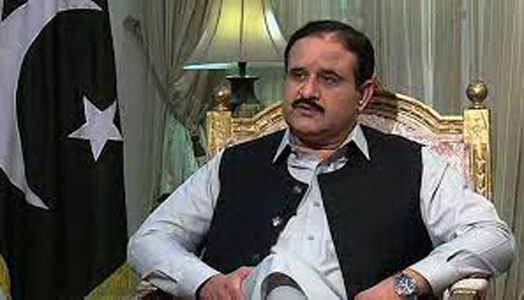 Punjab Chief Minister Sardar Usman Buzdar has termed the opposition’s rallies and protest a futile and meaningless activity, saying that neither these elements have been sincere with people in the past nor they will be in future.

These elements were only putting national interests at stake just for gaining political millage. The present scenario demanded unity, brotherhood and solidarity as there was no room for the politics of self-interest in the current circumstances.

Those who were doing politics of self-interest should regain their senses, he said adding the opposition should refrain itself for spreading anarchy.

Buzdar also said that the government will discharge its obligations to maintain law and order situation in the province in an effective manner. In a statement, he said Islam is a religion of peace and no society allows violent behaviour. Radical behaviour creates chaos in society, he added.

Provincial Health Secretary, Imran Sikandar Baloch has stated that the vaccination campaign will be initiated in all districts of the province. The Punjab government will open 14,000 new vaccination centres to ensure success of the drive, the secretary further said. Pakistan has today announced a milestone of administering over 100 million doses of the Covid-19 vaccine since the vaccination drive began in February this year.

According to the National Command and Operation Centre (NCOC), 552 more people were infected with the virus, lifting the nationwide tally of confirmed cases of the disease to 1,270,552.

Moreover, the CM has reiterated that a polio-free Pakistan was a mission and among the priorities of the government, and all-out resources were being utilised for the purpose. In his message on World Polio Day, Buzdar said the administration had also been activated in anti-polio campaign along with the Health department.

The chief minister said he was personally monitoring the anti-polio drive. He also appealed the parents to get their children vaccinated against polio. He termed the war against polio, a war for the better and polio-free future of the nation’s children.

He paid rich tributes to the services of polio workers and said that they were heroes and front line workers.