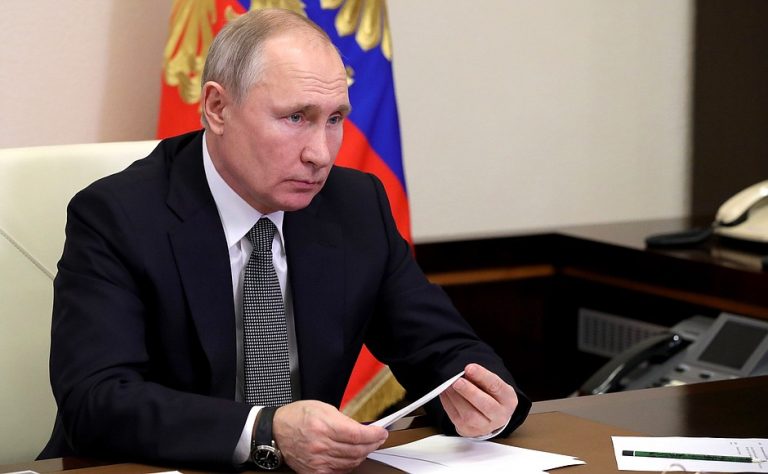 ISLAMABAD: Russian President Vladimir Putin has endorsed the key demand of the Taliban, asking the western countries to unfreeze the financial assets of Afghanistan to resolve socio-economic problems of the war-torn country.

Vladimir Putin, while speaking at Valdai Discussion Club in Sochi Thursday, said the Western countries had the “the main responsibility” for what was happening in Afghanistan, Turkish Anadolu Agency reported.

“The main responsibility for what is happening there is being borne by those countries that have been fighting there for 20 years. And the first thing they should do, in my opinion, is to unfreeze the Afghan assets to give Afghanistan a possibility to solve socio-economic problems of paramount importance,” he said.

The Russian president also praised the Taliban for their efforts in fighting the Daesh/ISIS terrorist group in Afghanistan.

He also complimented Pakistan’s role in the Afghan settlement, saying it was one of the most important players in the region.

“He did the right thing by withdrawing troops from Afghanistan. He probably understood, maybe he didn’t know in detail how this would happen, but he understood that one way or another, domestically, this would be one of the lines of attack, but he went for it — accepted, assumed this responsibility,” he said.

Russia is interested in having a calm, developing Afghanistan free of the terrorist threat and drug trafficking, and for that, it is necessary to help Afghanistan restore the economy, Putin added.

Putin viewed that the troops’ pullout could have been done differently, but as time passes, everything would fall into place.