US, Pakistan negotiating on use of airspace for operations in Afghanistan: report 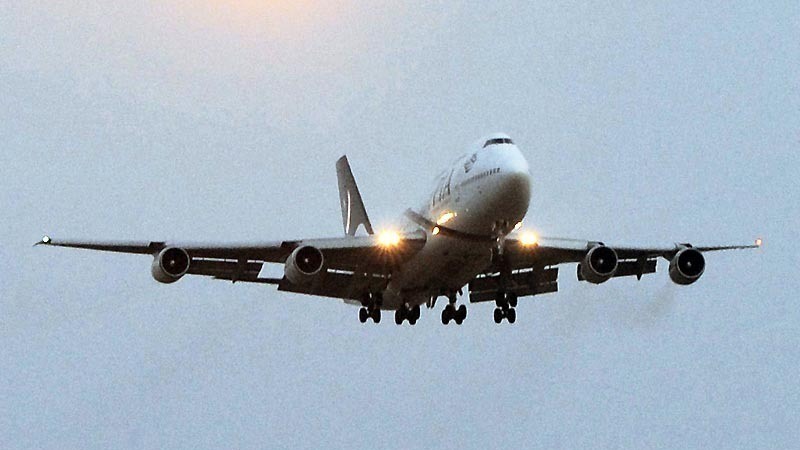 The US is getting closer to a formal agreement with Pakistan which would allow Washington to use Pakistani airspace to conduct military and intelligence operations against Afghanistan, said a report.

The report cited multiple sources familiar with the details of a classified briefing held by US President Joe Biden with members of Congress, said Pakistan had expressed the desire to sign an MoU with the US government over the matter.

Islamabad, in return, wants assistance with its own counterterrorism endeavours and help in managing the relationship with India, said a source.

However, nothing is final yet. Negotiations between the two countries are still continuing, and the terms of the agreement can change, the report quoted a source as saying.

The US, for the first time in two decades, does not have a military presence in Afghanistan as its troops pulled out of the country on August 31.

After two decades of conflict in Afghanistan, the US withdrawal from the country was criticised by several countries as a hasty one.

“The US military currently uses Pakistan’s airspace to reach Afghanistan as part of ongoing intelligence-gathering efforts, but there is no formal agreement in place to ensure continued access to a critical piece of airspace necessary for the US to reach Afghanistan,” reads a part of the CNN report.

The report said that the Pakistani airspace will become even more critical for the US if and when it decides to fly out Americans from Afghanistan in future.

Another source said that the airspace deal was discussed between the two when US officials recently visited Pakistan. However, the source said, “it’s not yet clear what Pakistan wants or how much the US would be willing to give in return.”

The sources confirmed that central Asian states Tajikistan and Uzbekistan are emerging as the “top options” for possible countries where the US military can conduct over-the-horizon operations in Afghanistan.

However, complications could result in the form of strong opposition by Russian President Vladimir Putin and local politicians, with one source referring to the options as “likely pipe dreams due to needing Putin’s blessing.”

Currently, the US holds over-the-horizon operations from its bases in Middle East countries such as the UAE and Qatar. American drones fly from far-off bases into Afghanistan, travelling around Iran and through the Pakistani airspace.

“The lengthy flight limits the time drones can loiter over Afghanistan gathering intelligence, and the Biden administration has been looking for closer, more effective options,” reads the report.

US President Joe Biden had said that Washington will have the ability to conduct over-the-horizon operations in Afghanistan, even though its troops would not be present in the country.

“We are developing a counterterrorism over-the-horizon capability that will allow us to keep our eyes firmly fixed on any direct threats to the United States in the region, and act quickly and decisively if needed,” he had said on July 8, weeks before the US pulled out of the country.

However, American lawmakers have questioned those claims as the  Defense Department has not said where those capabilities will be headquartered in the region.

“They’re building the plane as they fly it,” one Senate aide said about what Pentagon officials have shared about over-the-horizon plans.

Back in June, Prime Minister Imran Khan was asked by the US media for his comments on giving access to the Central Intelligence Agency (CIA) to military bases.

“Will you allow the American government to have the CIA here in Pakistan to conduct cross border counter-terrorism missions against Al Qaeda, ISIS and the Taliban?” American journalist Jonathan Swan had asked the premier.

“There’s no way we’re going to allow any bases or any sort of action from Pakistani territory into Afghanistan. Absolutely not,” he had said.