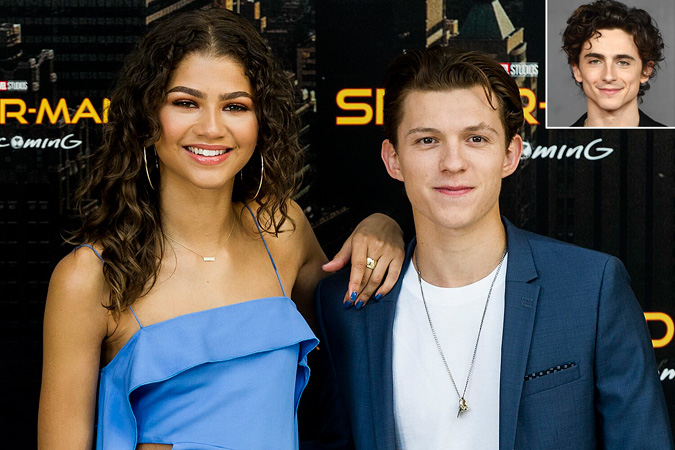 What’s in a name? Well, a little more than you would usually think. Ahead of their movie’s release, Dune co-stars Timothée Chalamet and Zendaya took a BFF quiz for Buzzfeed, during which they were asked to name their “celebrity crush.”

In response, Timothée quickly answered for his leading lady.

And we aren’t the only ones gushing over Zendaya’s reaction. When a clip of the cute exchange made its way to social media, fans immediately swooned over the Spider-Man’s star notable three seconds of blushing.

One Twitter user wrote, “Aww she gets so happy when he mentions Tom’s name,” while another added that the actress just “lights up even with just the mention” of him.

But perhaps a third social media user best expressed everyone’s sentiments, writing, “I have watched this video an unreasonable amount of times.”

Things have undoubtedly been blossoming between the two ever since they essentially confirmed their romance with a little PDA session in early July.

Since then, the two have not only proved to be going strong by attending events together, but Tom even recently kicked things up a huge notch by posting a glamorous black-and-white shot of his other half at the Dune premiere in London on Oct. 18. And if that wasn’t proof enough, Tom captioned her breath-taking look on Instagram with a simple heart-eyes emoji.

Seems like things have come completely full circle, considering Tom playfully answered all the way back in 2017 that Zendaya was his first celebrity crush ever.