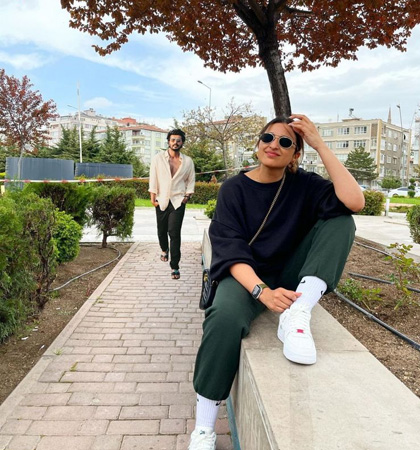 Actor Parineeti Chopra is celebrating her 33rd birthday today, and to make her day special, her first co-star Arjun Kapoor gave her the title of ‘World Tourism Ambassador’ on social media.

Taking to Instagram, Arjun uploaded a hilarious birthday post. He photoshopped himself in Parineeti’s pictures from her various trips and called her the ‘World Tourism Ambassador’.

“Pari you travel the world and I travel with you in your heart. Happy birthday to the World Tourism Ambassador! You deserve the title,” he captioned the post.

Arjun`s birthday wish for Parineeti has left netizens including members of the film industry in splits.

“Hahahahha. This made me laugh,” an Instagram user commented.

For the unversed, Parineeti and Arjun had made their Bollywood debut together with the film ‘Ishaqzaade’. The two later shared screen space in ‘Sandeep Aur Pinky Faraar’.