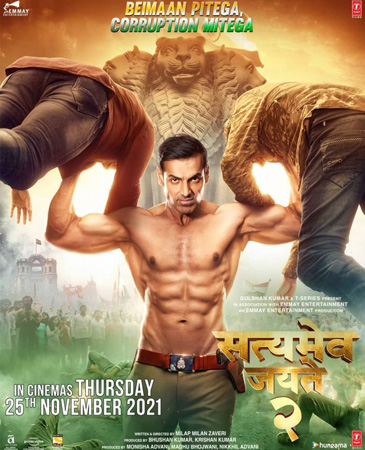 The release date of John Abraham-starrer ‘Satyameva Jayate 2’ has been changed once again. Instead of November 26, the film will now be released a day before, i.e, November 25.

Taking to Instagram, John shared the new update with his fans. He wrote, “#SatyamevaJayate2 coming to Cinemas on Thursday 25th November. Bringing double the action and entertainment in cinemas again.” John also shared that the film’s trailer will be out on October 25.

Alongside the update, John unveiled a new motion poster, in which he can be seen in an angry cop avatar. Directed by Milap Zaveri, ‘Satyameva Jayate 2’ also features Divya Khosla Kumar.

It is a sequel to ‘Satyameva Jayate’, which was released in 2018.