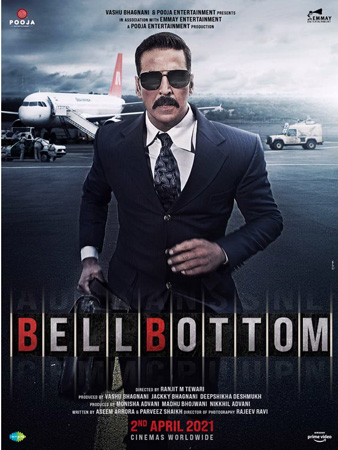 Putting an end to the dry spell of COVID-19 induced lockdown, cinema halls across Maharashtra will reopen on October 22, 2021.

The good news for fans is that Pooja Entertainment’s Bell Bottom will be the first film for audiences to enjoy in the state.

With Bellbottom, the producers took an initiative in support of cinemas to go for a big-screen release, a move that was celebrated and supported by the film industry.

Given that this is Bell Bottom’s second appearance at the box office, the experience is that much more special for the makers and audiences alike. Even with restrictions like 50% occupancy in theatres and limited screenings, the film was well received and garnered critical acclaim, along with becoming a beloved audience favourite as viewers lined up in droves to watch the thriller on the big screen.

As theatres open in Maharashtra, this time around the response is even more highly anticipated, as cinemas in states like Madhya Pradesh, Rajasthan, Punjab, Haryana, Gujarat, Andhra Pradesh, and Telangana, have already begun, night shows are a possibility, and audience capacity rules have relaxed as well. This Pooja Entertainment production has been universally praised for its taut pace, lavishly mounted action sequences, and unusual treatment.

The film also stars Lara Dutta Bhupathi, Huma Qureshi, and Vaani Kapoor. With theatres opening up in Maharashtra, the filmmakers and audiences of Bellbottom cannot wait to recreate the magic yet again.