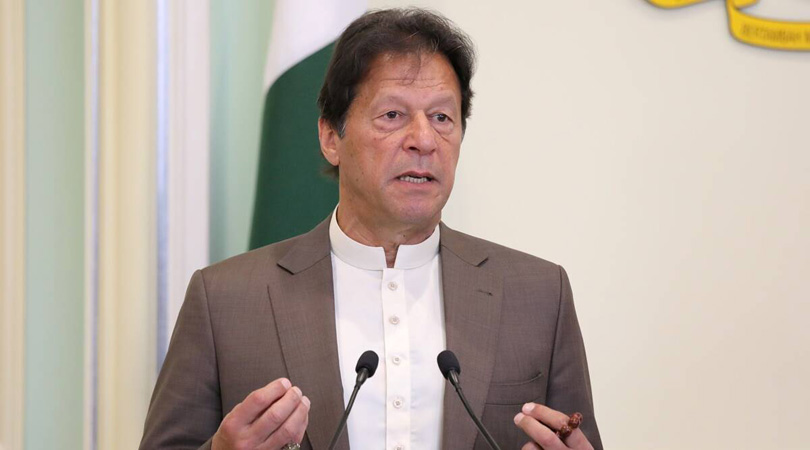 Prime Minister Imran Khan on Friday directed Chief Minister Punjab Usman Buzdar to speed up efforts to provide people relief from inflation by having all relevant institutions spring into action.

“The government is well aware of the suffering of common citizens due to inflation, therefore, it will ensure the provision of relief to the people as much as possible,” said the prime minister during a meeting with CM Buzdar during visit to Lahore.

Prime Minister Imran Khan said price control committees had been mobilized at district and tehsil level to control inflation. “We are fully aware of the sufferings of common man due to inflation and the government is working hard to provide maximum relief to people by taking sustainable steps,” he said.

The prime minister said indiscriminate crackdown on profiteers and hoarders would continue. Imran Khan was briefed on various administrative and development issues of the province. An update on the ongoing development and public welfare schemes was also presented. He directed the authorities concerned to complete all ongoing development projects in Punjab within stipulated time frame to facilitate the masses.

The premier directed Buzdar to complete all the ongoing developmental works within the allocated time and ensure their quality. He said that the law is “equal for all”, adding that the government is making efforts to ensure the supremacy of the law in the counry.

During the meeting, Buzdar briefed the premier about the Punjab government’s efforts for the provision of relief to the public. He also informed PM Khan about the progress of the ongoing developmental projects in Punjab, saying that they are in full swing. Moreover, the chief minister briefed PM Imran Khan on steps being taken to make local government bodies operational.

Meanwhile, Governor Punjab Chaudhry Sarwar also met with the prime minister. Reports said in the meeting with PM Khan, Sarwar said that the European Union will decide in Pakistan’s favour when it comes to the extension of GPS+ status. The governor briefed the premier about his Europe visit aimed at the extension of GSP+ status.

Prime Minister Imran Khan on Friday directed the Punjab government to take all possible measures to give maximum relief to the down-trodden segments of society. The prime minister expressed these views as he met Punjab Minister for Baitul Maal Syed Yawar Abbas Bukhari during his day-long visit to Lahore. The prime minister was briefed on various welfare projects of Baitul Maal.

Prime Minister Imran Khan stressed the need for increasing plantation in Punjab and protecting the existing green cover. The prime minister expressed these views while talking to Punjab Minister for Forest Sibtain Khan. Imran Khan said there was to plant new trees and protect the existing ones. Muhammad Ali Akbar Khan also attended the meeting.