‘Act with caution’ over Taiwan, China tells US 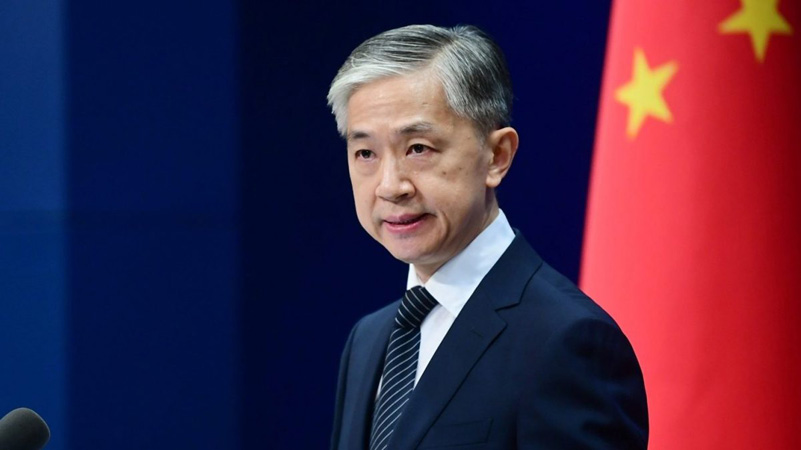 China on Friday urged Washington to tread carefully on Taiwan after President Joe Biden said the US would defend the self-ruled island from attacks by Beijing.

“China has no room for compromise on issues involving its core interests,” foreign ministry spokesman Wang Wenbin said, warning that Washington “should act and speak cautiously on the Taiwan issue.”

He also referred to National Development Reforms Commission (NDRC) briefing in which a spokesperson of the Commission gave an update on the new progress of the CPEC development.

In his remarks, Wang Wenbin said that the Chinese side was glad to see that CPEC has achieved new outcomes and entered a stage of high quality development and added. This is a demonstration of China- Pakistan friendship, and also an example of promoting the prosperity and development of countries along Belt and Road Initiative (BRI). He said that Chinese will work with Pakistan to implement the important consensus reached between the leadership of the two countries and build the CPEC into a demonstration project for BRI’s high quality development and to boost the building of an even closer China-Pakistan shared community.

Earlier, Meng Wei, a Spokesperson of the NDRC during a press briefing said that the CPEC has entered a new phase of high-quality development after making significant achievements in a wide range of areas over the years.

The CPEC has made significant progress, as expressways, vocational schools and power plants funded by China have been put into operation in Pakistan. The NDRC spokesperson also remarked that as a major pilot project of the Belt and Road Initiative, the CPEC will accelerate Pakistan’s socioeconomic development in multiple areas, including energy and transportation.

China and Pakistan will continue to strengthen cooperation focused on the Gwadar port, as well as energy and infrastructure projects, in order to promote the high-quality development of the CPEC, spokesperson added.

On September 23, the Joint Council for Cooperation of the CPEC held a meeting, where five cooperation documents and three inter-enterprise cooperation agreements were signed. Launched in 2013, CPEC, a flagship project of the Belt and Road Initiative (BRI) is a corridor linking the Gwadar Port with Kashgar in Northwest China’s Xinjiang Uygur Autonomous Region, which highlights infrastructure, energy and industrial cooperation.