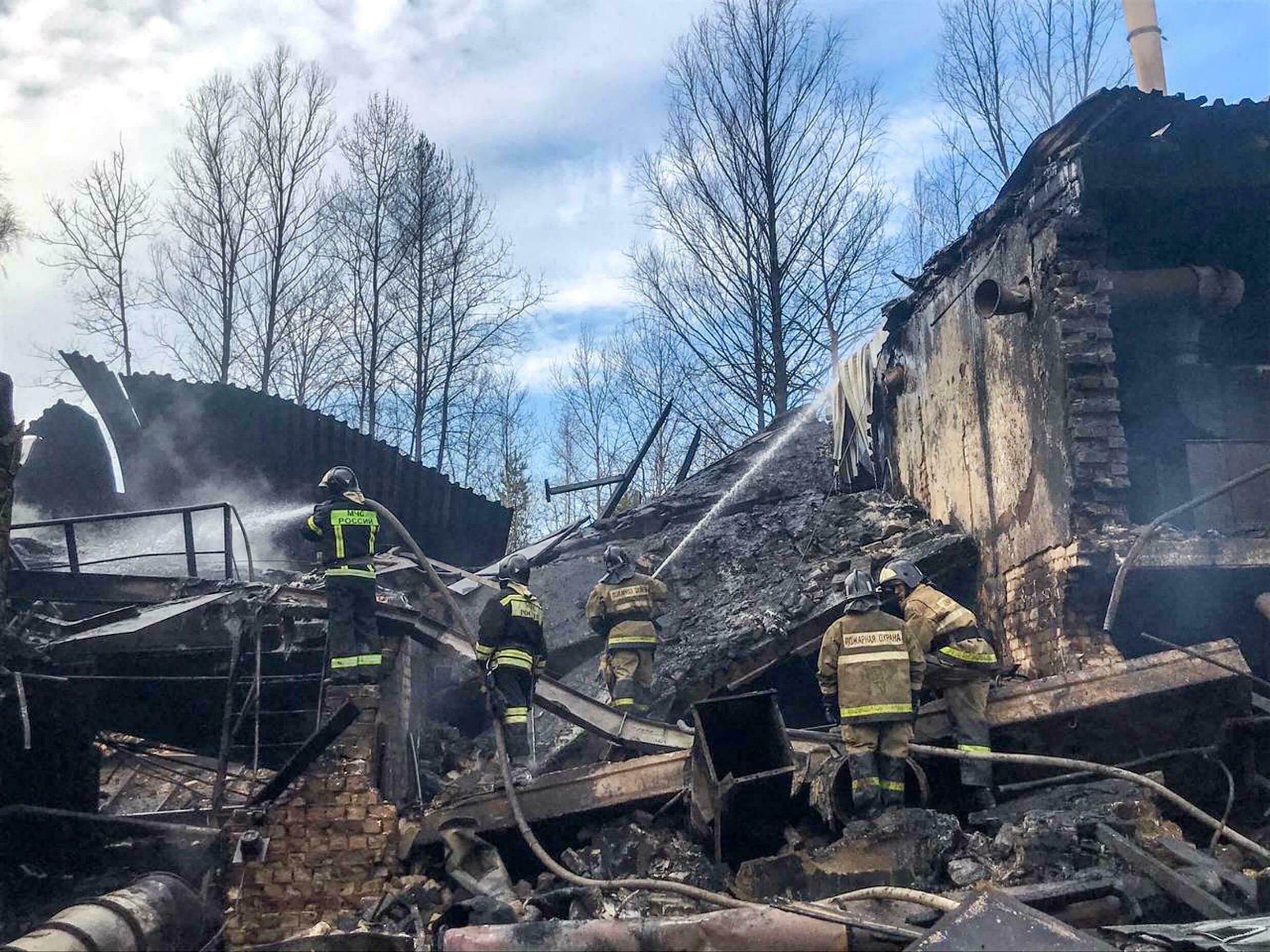 Sixteen people were killed and one person was missing after a deadly fire broke out at a Russian explosives factory southeast of Moscow on Friday, local authorities said.

The blaze took place in the village of Lesnoy, 300 kilometers (185 miles) from the capital in the region of Ryazan. Authorities originally said 15 people had died, but later said one man who received severe burns had died in hospital. “The fate of one more person is unknown,” the local government said on its website, adding that rescuers are “looking for him”.

Seventeen people were believed to have been inside the plant’s workshop at the time of the fire. Images released by authorities showed firefighters working their way through the debris at the severely damaged factory building. The plant is considered a “strategic company” by the Russian government. According to its website, it produces explosives for both the civilian and military sectors.

Russia’s emergencies ministry said the fire could have broken out as a result of “violations of technological processes and safety measures” at the local PGUP Elastic factory. Detectives were dispatched to the village to probe if the factory had complied with “industrial safety” standards, said the Investigative Committee, which probes major crimes in Russia. The blaze is the latest in a string of deadly accidental fires in Russia, where non-compliance with safety standards that are already lax is common.