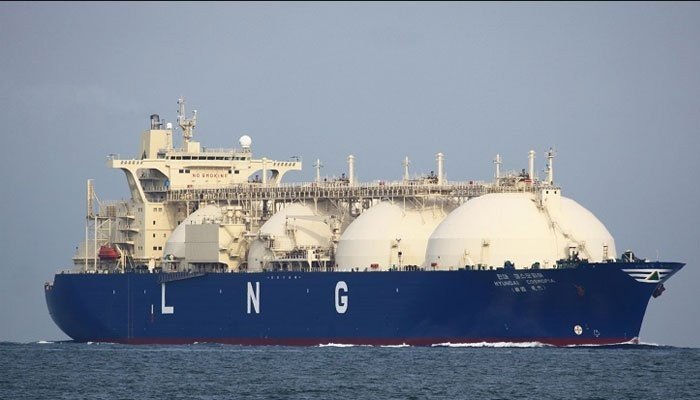 The government has secured cargoes of liquefied natural gas (LNG) from Qatar to meet energy demands for consumers, as costs surge.

Federal Minister for Energy Hammad Azhar announced the development on Thursday. He said that the government has secured LNG cargoes in a long-term deal.

“Some of the import shipments are from the new Qatar agreement at 10.2% of Brent,” said the minister.

However, the minister did not confirm how many cargoes the government had secured for the November to January period.

Pakistan earlier last week did not receive a single quotation in a bidding process for spot purchase seeking eight LNG cargoes for delivery over December to January period. It raised concerns about a potential energy crisis amid hiked demand.

The minister was upbeat about meeting the seasonal peak demand through a combination of measures being taken.

Consumers are gearing themselves up for a severe LNG crisis during the winter season. For one, sourcing LNG has become a problem for countries. Another problem is that the price of gas has surged a great deal over the past couple of months.

“There is a dire need to aggressively source natural gas from wherever it is deemed feasible,” said an industry official. The reliance on regasified liquefied natural gas (RLNG) has been on the rise with depleting domestic reserves of natural gas. Thermal power generation with RLNG proved to be a relatively new addition, helping produce clean energy at competitive rates.

Important growth of RLNG usage in the energy mix has helped in improving supply to different power plants. RLNG is also supplied to fertilizer plants, industrial and transport sectors. It is learnt that the government is making efforts to explore all options to meet the peak winter demand for natural gas.

A natural gas crisis would be catastrophic in the harsh winter in the absence of spot purchases. They are also hard to find these days amid the commodity’s rare demand across the world.

The present government is employing a proactive and innovative approach to sustain LNG supplies. Whereas, it is extending outreach on a war-footing basis through trade diplomacy and consultation with stakeholders.

In the global market, the spot LNG prices are already trading at record levels amid high demand from almost all major importing nations in Europe and Asian countries like Japan, South Korea, China and India.

Subsequently, there has been a five-fold increase in the price of spot LNG cargo since early 2021. It is because the gap between demand and supply widens.