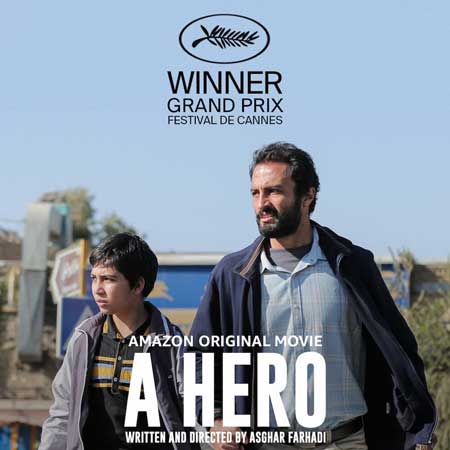 Already a two-time Oscar winner, director Asghar Farhadi’s new film “A Hero” was announced on Thursday as Iran’s official entry for the next Academy Awards.

Having won the coveted Grand Prix at the Cannes Film Festival this year, the director’s latest release yet again earned the seal of approval from the Farabi Cinema Foundation, which has almost exclusively selected the country’s Oscar picks since 1994.

The foundation affirmed it had viewed 44 films in total before choosing “A Hero”.

Farhadi’s “A Separation” and “The Salesman” have already received Academy Awards in the foreign film category.

“A Hero” recounts the story of Rahim, a man in prison for debt, whose girlfriend offers to repay what he owes using gold from a pouch found on the street.

But the protagonist is ultimately struck by his conscience and instead opts to search for the original owner of the gold.

Having learned of the affair, and in a bid to cover up a spate of suicides in the jail, the prison director releases Rahim’s story to the media.

When social media gets wind of the tale, people begin doubting the veracity of the story and the hero is quickly labelled a hypocrite.

Farhadi notably shunned the Oscars in 2017, despite his win, to protest against former US president Donald Trump’s ban on Muslim-majority countries including Iran.