* 'My crush, love and everything is Taapsee Pannu' 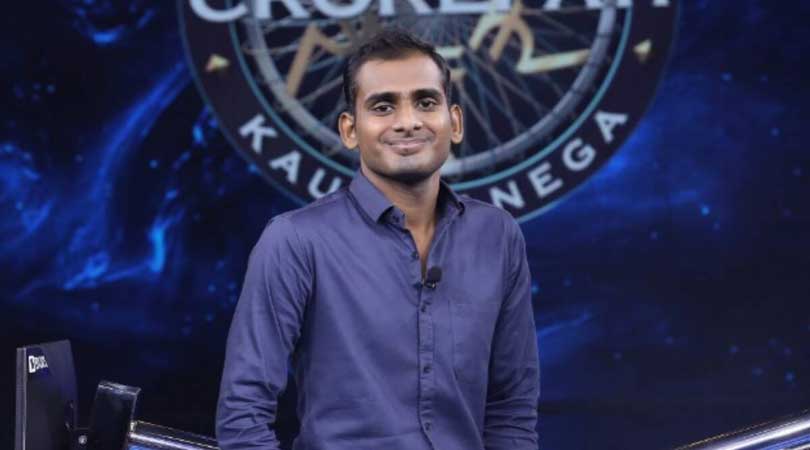 The 19-year-old who aspires to become an IAS officer revealed that while his favourite actor is Salman Khan, his crush, favourite actress and love is Taapsee Pannu. He expressed that he admires her fitness and wants to know what’s the secret to her great health and physique. “My crush, love and everything is Taapsee Pannu. She stays so fit. Sir, what is her secret to staying so fit? You must be knowing the inside information,” Sahil asked Amitabh Bachchan in Hindi, leaving the latter stumped. The contestant then questioned Big B about the actress’s favourite dish, saying, “Sir, what is her favourite dish?”

He even joked around with Big B stating that in the film ‘Pink’, he played a character who was helping Taapsee, however, in the film ‘Badla’, he ended up playing a character who was framing her for a crime. This hilarious observation left the audience in splits and Amitabh Bachchan speechless. Interestingly, Taapsee came across this clip and responded to Sahil’s question on her favourite dish on Twitter.

For the unversed, after visually-impaired Himani Bundela won Rs 1 crore with her sheer brilliance and confidence this season, Sahil Aditya Ahirwar became the second crorepati of the season.

The 19-year-old Sahil Aditya Ahirwar, who aspires to become an IAS officer proved that hard work and dedication are the most important ingredients of success. His biggest inspiration has been his father who works as a Security guard in Noida and has studied until 10th Standard only.

Moving forward in the game, he will be seen attempting the jackpot question for Rs 7 crore. On the work front, Taapsee Pannu has her kitty full for the next few months with ‘Shabaash Mithu’ in the pipeline. Apart from that, she also has ‘Looop Lapeta’, ‘Rashmi Rocket’, ‘Blurr’, and the sci-fi thriller titled ‘Dobaaraa’ directed by Anurag Kashyap.