‘Aila Re Aillaa’ song adds to hype around ‘Sooryavanshi’

* The freshly released song titled, 'Aila Re Aillaa' is a recreation of a blockbuster track from the last decade which too featured Akshay Kumar dancing to the thumping beats 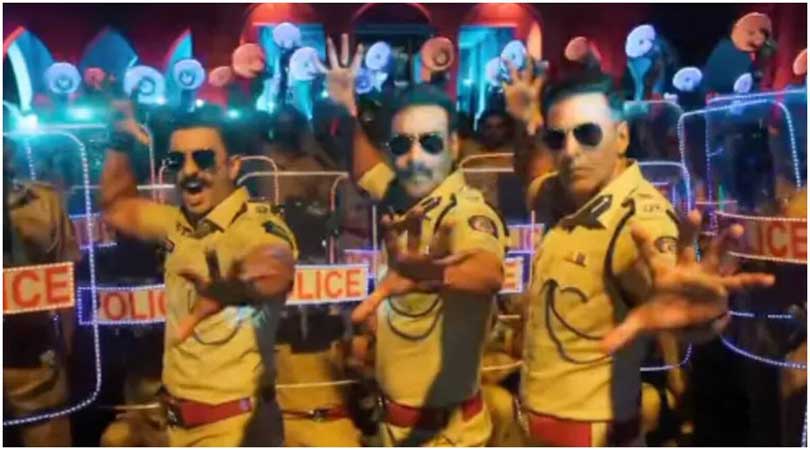 As the release of Rohit Shetty’s ‘Sooryavanshi’ draws closer, the excitement for the film is soaring to new heights.

And why not, it is the biggest film of the year and promises to light up theatres with the thorough entertainment that it has to offer. The makers of the film have now released a new song.

The freshly released song titled, ‘Aila Re Aillaa’ is a recreation of a blockbuster track from the last decade which too featured Akshay Kumar dancing to the thumping beats. From cars flying off, vibrant colours, thrilling chase sequences, perfectly crafted action sequences, quirks and references to old Rohit Shetty movies, the video is filled with visuals that can be best described as the trademark Rohit Shetty style of entertainment.

The track undergoes chord changes twice during its course to make way for theme tracks of ‘Simmba’ and ‘Singham’ as Ranveer Singh and Ajay Devgn make dramatic entries in the visuals. The song soon turns into a full blown extravaganza as it brings together the three men from Shetty’s cop universe; Akshay Kumar who plays the lead in ‘Sooryavanshi’ along with Ajay Devgn and Ranveer Singh, both of whom have extended cameo appearances in the film.

While the original track was composed by Pritam Chakraborty, the new version is recreated by Tanishk Bagchi, who is known for rendering new colours to original songs. The track has been sung by Daler Mehndi with lyrics penned by Shabbir Ahmed. ‘Sooryavanshi’ has been running into troubled waters for quite some time with regards to its release.

The film which was supposed to release almost two years back is now finally set to take over theatres and invigorate our cinemas by bringing in a colossal chunk of the audience. The film which also stars Katrina Kaif is all set for its release on November 5.