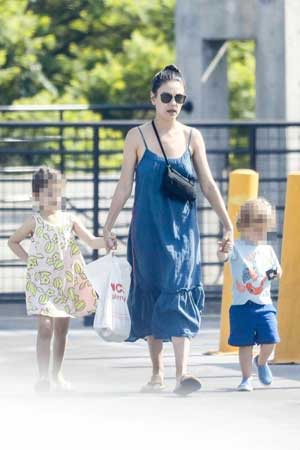 Mila Kunis is reflecting on a time when she taught her kids to fight fire with fire. The 38-year-old Bad Moms star reflected on her memorable parenting moments during The Ellen DeGeneres Show’s “Mom Confessions” segment, which was posted to YouTube on Tuesday, Oct. 19. In the footage, Mila was asked to name her “biggest parenting fail” in raising daughter Wyatt, 7, and son Dimitri, 4, who she shares with husband Ashton Kutcher.

“Well, here’s a story that’s about to get me in trouble,” the Black Swan actress said with a laugh. “There was a little kid in my kids’ preschool that wasn’t very kind and pushed my daughter.”

Mila explained that when Wyatt mentioned the conflict, the star “instinctually” asked if her daughter had pushed the youngster back. However, Mila soon learned that Ashton wasn’t exactly onboard with this tactic.

The That ’70s Show alum is accustomed to having people weigh in on her parenting techniques. After all, Mila and Ashton’s comments earlier this year about their family’s bathing habits basically spurred a nationwide debate.