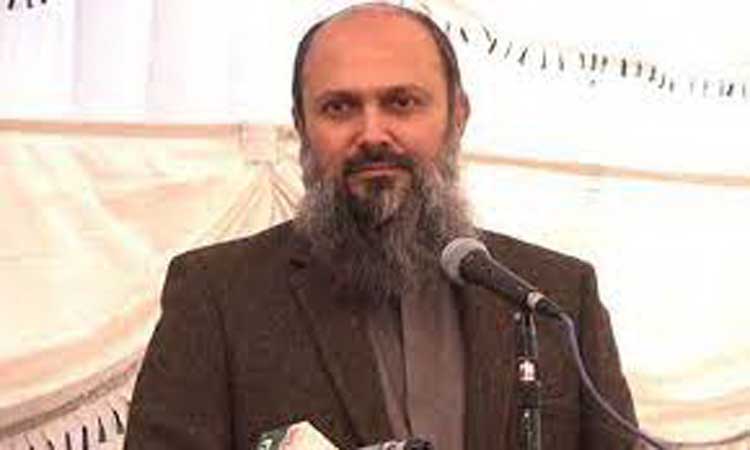 Balochistan Chief Minister Jam Kamal Khan said on Thursday that the “negative propaganda” being done by members of the Balochistan Assembly was unwarranted, a private TV channel reported.

A day earlier, a no-confidence motion backed by 33 of the 65 provincial assembly members, was moved by Food Minister and Balochistan Awami Party (BAP) leader Abdul Rehman Khetran. The text of the resolution read that unrest and unemployment had risen due to the poor governance of the chief minister. It added that Kamal was running the affairs of the province as if he was the “only wise person” in the government. It said the performance of the institutions was negatively affected because the chief minister was not consulting with them and therefore he should be removed.

Khetran said five of their members had gone “missing”, fearing that five more would also go missing in the next few days in a bid to fail the movement.

However, he added, that the House could not function under such circumstances, advising Kamal to step down immediately. Clarifying the rumours in a video on Twitter, CM Kamal said the accusation regarding missing provincial assembly members was uncalled for.

“Some members had to correct them that they were not missing and were there. Even their signatures were available on the application submitted to the Balochistan Assembly speaker,” CM Kamal said.

The provincial chief executive added that there were norms of doing politics and one should not base one’s entire narrative on deceit and lies.

“If you have so much confidence in the numbers then you should wait for four to five days. Everything will become clear,” he said and added that provincial finance minister Zahoor Buledi and other members were playing an ‘unorthodox role’. Chief Panel’s Head Ehsan Ahmed Malangzai on Thursday said those people who left Chief Minister Jam Kamal Khan in this difficult time could not sympathize with their people. In a statement issued here, he said the people should beware of such representatives who cannot be benefactors of public.

Ehsan Ahmad Malangzai further criticized the opposition, saying that the opposition’s members were trying to halt development processes of Balochistan due to presenting no confidence motion against Chief Minister Jam Kamal Khan. He said he hope the people of Balochistan would thwart their efforts adding the conspiratorial elements would have to face failure as usual. He said these elements were engaged in a vicious attempt to undermine Jam Kamal Khan’s tribal political and social character. He further condemned in the strongest terms the nefarious conspiracy of the opposition parties to bring a no-confidence motion against Jam Kamal Khan. “The province is on path of development due to uplift work is underway in supervision of CM Balochistan Jam Kamal Khan and we will fully support Jam on behalf of Chief panel for interest of Balochistan,” he added.