GSP Plus status: Sarwar returns after his Europe visit 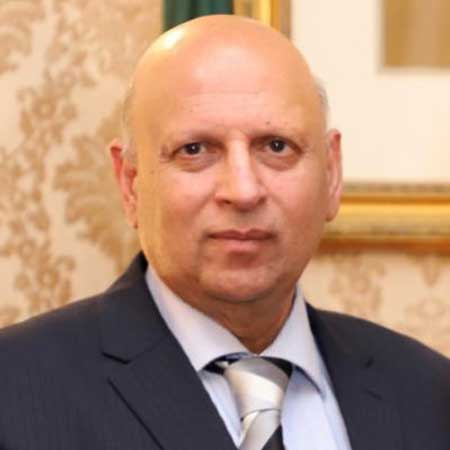 Punjab Governor Chaudhry Mohammad Sarwar has returned to Lahore after completing his 10-day visit to Europe in connection with the issue of extension of GSP Plus status.

He met with the four vice-presidents of European Parliament, 30 MPs of Italy, senators, and ministers from Hungary and Austria.

According to a statement issued from Governor House Lahore, Chaudhry Sarwar has returned to Lahore after successfully completing his visit to Europe. During his visit, he met with more than 30 members of the European Parliament, including Dr Fabio Castaldo, Pedro Silva and Heidi Hutala as well as members of parliament in Italy, Hungary and Austria, senators and ministers, for the extension of GSP Plus status for Pakistan. Pakistan’s role for peace, Kashmir and Palestine issue, religious freedom of minorities in Pakistan and measures for their protection, Afghanistan and other issues were discussed in the meetings.

Talking to the media at Governor House Lahore, Sarwar, referring to his visit to Europe, said, “The extension of GSP Plus status is a challenge for us,” adding that “India has been spreading negative propaganda against Pakistan.”

But, he added that during his visit to Europe he disclosed all the facts to the members of European Parliament. He said that EU Parliamentarians appreciated Pakistan’s role for peace and the steps taken to protect minorities.

Chaudhry Sarwar said, “Anti-Pakistan forces – including India – have been obstructing the extension of GSP Plus status for Pakistan in the past but we are united as a team to thwart New Delhi’s nefarious plans.”

He said that despite Indian propaganda, not only Pakistan achieved GSP Plus status but will also succeed in extending it. He said that minorities are safe in Pakistan and human rights are also being ensured across the country. Pakistan armed forces and the citizens of Pakistan are working together to end terrorism and eliminate their facilitators.

He said that the minorities in India, including Muslims, are being victimized and massacred by the terrorist RSS and Indian security forces. He said that it is a fact that until the Kashmir issue is resolved, peace in the region is not possible.